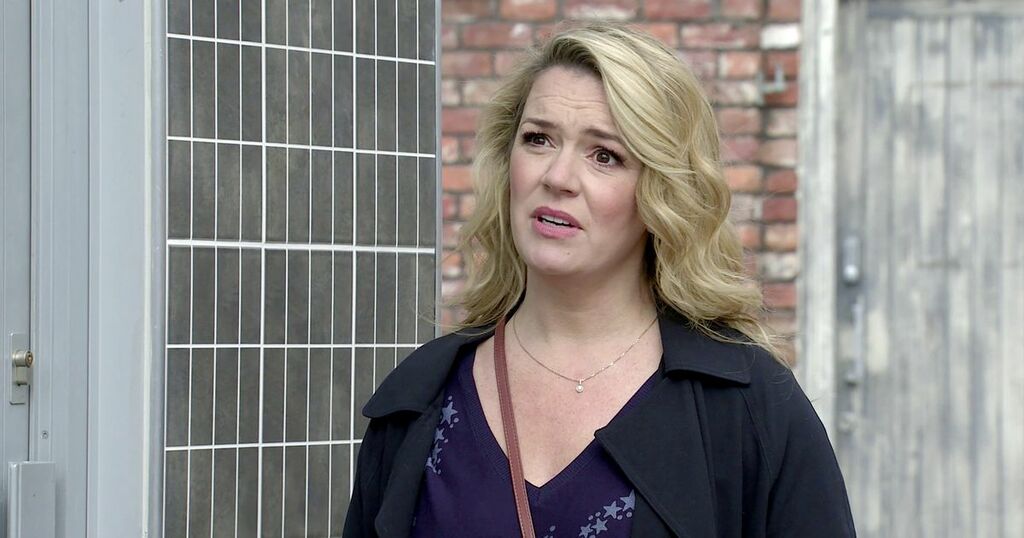 Natasha Blakeman is set to be reunited with her son in Coronation Street next week.

But she has bigger plans.

Natasha made a grand return to Weatherfield last year and gave ex Nick Tilsely a surprise.

She returned with their son Sam and eventually decided they should be in each other's lives permanently.

While the plucky youngster has been a regular on the street, mum Natasha has been back and forth due to her job in London.

After finally agreeing to leave Sam with his dad after the kidnap ordeal at the hands of Sharon Bentley and Harvey Gaskall, Natash will make a return to Weatherfield.

Viewers will see Natasha speaking to Dev who is intrigued when she mentions she is considering buying the closed Salon so that Sam can be closer to his dad and the Platt family.

But Natasha’s plans to buy the salon are dealt a blow when Gsil remiss her that she said she would pay to get the sinkhole sorted out.

Later, in the Rovers, Audrey cracks open the fizz and reveals that she’s paying for Gail’s sinkhole repairs so that Natasha can go ahead and buy the salon leaving Natasha utterly thrilled.

Nick and Leanne then return to the street to find Natasha taking photos of the salon.

When she reveals that she’s in the process of buying it, they're delighted for her.

And that's not all.

There's also a tease of romance for Natasha - but it is very much short-lived.

Bernie notices Dev’s interest in Natasha early in the week.

However, a jealous Bernie is pleased to later discover that Natasha does not have designs on Dev but decides to wind him up and let him think Natasha has the hots for him.

Bernie is left laughing her head off as Dev flirts with Natasha and asks her out, only to be turned down flat and told he’s got the wrong end of the stick.

A furious Dev then tackles Bernie who tells him in no uncertain terms what she thinks of him.

Having overheard the row Aadi lists all the reasons why Dev is a great dad and to help Dev get over the Natasha debacle, Aadi suggests a lads’ holiday for the two of them at a swish campsite.