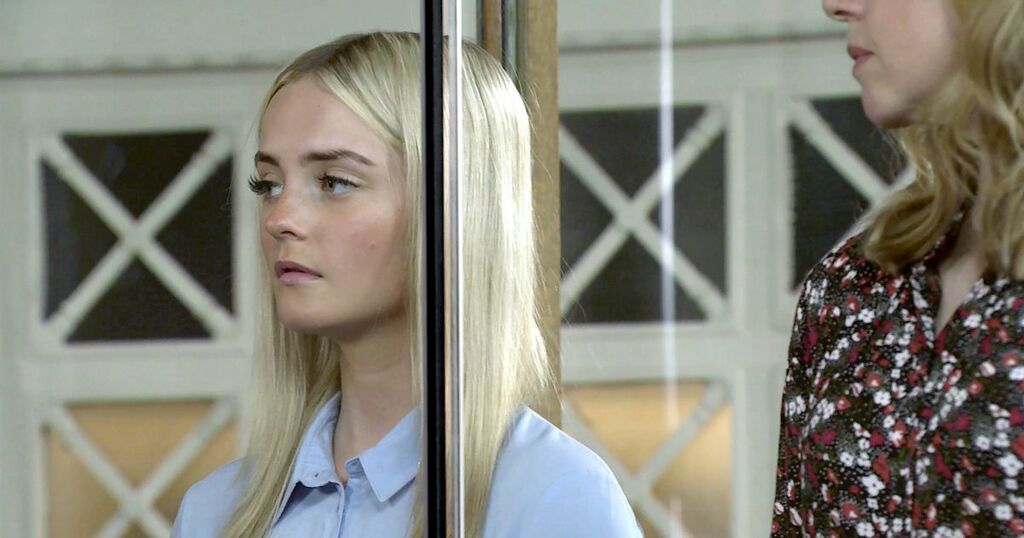 Coronation Street fans have had their say after the final evidence was given in Seb Franklin's murder trial.

In Monday night's double trip to the cobbles, viewers watched as Kelly Neelan took to the witness box to give her version of events.

The teen already appears to be at a disadvantage after an emotional outburst last week saw her having to leave the courtroom as Corey Brent gave his side of the story.

But through tears, Kelly managed to talk the court through what happened on the night Seb and girlfriend Nina Lucas were attacked.

Sabeen Habeeb, however, was once again taking no prisoners and dredged up Kelly's unforgiving past - including when she leaked Asha Alahan's naked video online.

And things went from bad to worse as Kelly's mum Laura appeared in court in a bid to help her daughter.

After giving Kelly a glowing review during Imran Habeeb's questioning, Corey's defence barrister Sabeen brought up the fact that she had recently been sentenced on a charge of child neglect.

She then read out the words that Laura had instructed her solicitor to say about daughter in that particular case, and appearing to seal Kelly's fate.

And Corrie fans think they have the rest of the story worked out as they have to wait until Friday night for the jury to return their verdict.

"The fact Kelly is obviously going to go down for Seb’s murder is infuriating. We won’t see justice until Christmas, I bet. #Corrie @itvcorrie," tweeted one.

Another said: "Typical Corrie. Corey will get off, Kelly will go to jail and this story line will play out until Christmas."

"Kelly gets jail, Corey walks free, but it all comes to a head at Christmas," a third also predicted.

A fourth agreed: "I can feel it in my bones, this is going on till Christmas! Thought Imran was going to rip into Corey NOT."

"I was joking when I said it would take to Christmas ! #corrie," another shared.

But they've also sent a very clear message about how they'd feel if this was the case.

"If Corey gets off I won't be watching Corrie anymore!" one said.

Another agreed: "They must find him guilty or it will send the wrong message out. If he gets off I won't be watching again."

On Friday, the verdict is the talk of Weatherfield - but there's a shocking bit of news from prison.