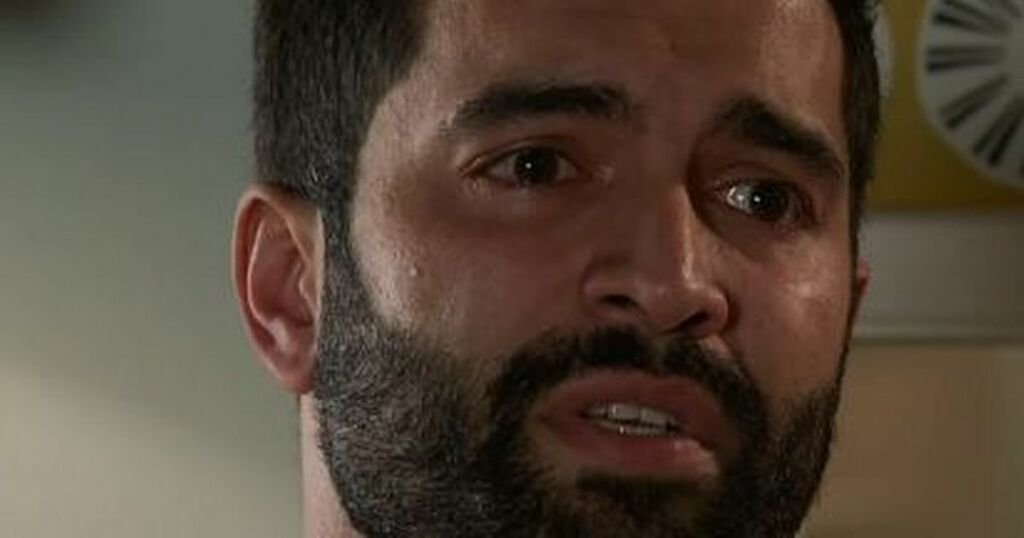 Coronation Street fans were left with a major shock after Imran Habeeb finally confessed to having a fling and their identity was revealed.

Imran told his partner Toyah Battersby that he'd had a one-night stand as viewers demanded to know who he slept with.

The cheating solicitor came clean at the end of the first episode of Wednesday's double bill and fans were kept waiting to find out more.

READ MORE: Takeaway boss fined £12k after mice and cockroach infestation discovered - and coleslaw out of date by 95 DAYS on sale

"But with who? With who?" cried another as they were left on the edge of their seat.

"Keeping us waiting for the extra half hour to see who Imran has slept with," fumed another.

But the mystery still wasn't solved when Iman told Toyah he'd 'ended up at some random bar with some random woman.'

"Fuming it was some random woman how dare @itvcorrie lead us on like that!!!!!" raged another soap watcher.

"Imran doesn't know who it was. All that build up for nothing," huffed another.

Imran confessed after being blackmailed by his barrister ex Sabeen, who has roped him in to help her free drugs lord Harvey Gaskell from prison.

But fans suspected he wasn't telling the whole truth as pregnancy theories swirl.

And they turned out to be right as later, after he and Toyah agreed to make a go of things again, Abi Franklin stepped out of the darkness to confront him and he told her to 'keep her voice down.'

"Abi and Imran!" gasped another

"Show me someone who knew Imran was sleeping with her and I will show you a liar," another fan tweeted.

Fans didn't place them together because Imran was devastated when he failed in his bid to see Corey Brent jailed for the murder of Abi's son Seb Franklin while defending his foster daughter Kelly Neelan, who was sentenced to life imprisonment with a minimum of 15 years.

"I wonder if there will now be a pregnancy storyline for Abi," asked one fan.

"Imagine if Imran has got Abi pregnant," said another.

"You know what’s going to happen here. Abi will become pregnant and it will be 'is it Kevin’s or Imran?' and it will be Imran's and him and Toyah will want to adopt the child," decided another.