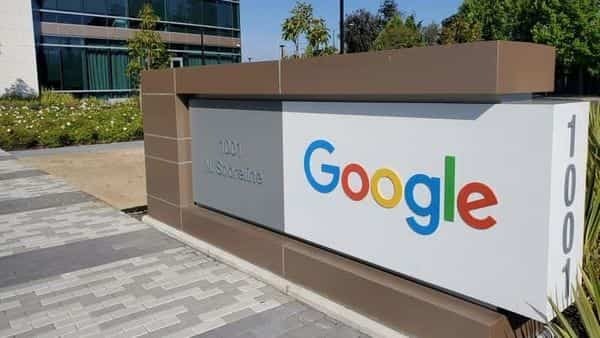 Nearly 140 countries agreed Friday to the most sweeping overhaul of global tax rules in a century, a move that aims to curtail tax avoidance by multinational corporations and raise additional tax revenue of as much as $150 billion annually.

But the accord, which is a decade in the making, now must be implemented by the signatories, a path that is likely to be far from smooth, including in a closely divided U.S. Congress.

The reform sets out a global minimum corporate tax of 15%, targeted at preventing companies from exploiting low-tax jurisdictions.

Treasury Secretary Janet Yellen said the floor set by the global minimum tax was a victory for the U.S. and its ability to raise money from companies. She urged Congress to move swiftly to enact the international tax proposals it has been debating, which would help pay for extending the expanded child tax credit and climate-change initiatives, among other policies.

“International tax policy making is a complex issue, but the arcane language of today’s agreement belies how simple and sweeping the stakes are: when this deal is enacted, Americans will find the global economy a much easier place to land a job, earn a living, or scale a business," Ms. Yellen said.

The agreement among 136 countries also seeks to address the challenges posed by companies, particularly technology giants, that register the intellectual property that drives their profits anywhere in the world. As a result, many of those countries established operations in low-tax countries such as Ireland to reduce their tax bills.

The final deal gained the backing of Ireland, Estonia and Hungary, three members of the European Union that withheld their support for a preliminary agreement in July. But Nigeria, Kenya, Sri Lanka and Pakistan continued to reject the deal.

The new agreement, if implemented, would divide existing tax revenues in a way that favors countries where customers are based. The biggest countries, as well as the low-tax jurisdictions, must implement the agreement in order for it to meaningfully reduce tax avoidance.

Overall, the OECD estimates the new rules could give governments around the world additional revenue of $150 billion annually.

The final deal is expected to receive the backing of leaders from the Group of 20 leading economies when they meet in Rome at the end of this month. Thereafter, the signatories will have to change their national laws and amend international treaties to put the overhaul into practice.

The signatories set 2023 as a target for implementation, which tax experts said was an ambitious goal. And while the agreement would likely survive the failure of a small economy to pass new laws, it would be greatly weakened if a large economy—such as the U.S.—were to fail.

“We are all relying on all the bigger countries being able to move at roughly the same pace together," said Irish Finance Minister Paschal Donohoe. “Were any big economy not to find itself in a position to implement the agreement, that would matter for the other countries. But that might not become apparent for a while."

Congress’ work on the deal will be divided into two phases. The first, this year, will be to change the minimum tax on U.S. companies’ foreign income that the U.S. approved in 2017. To comply with the agreement, Democrats intend to raise the rate—the House plan calls for 16.6%—and implement it on a country-by-country basis. Democrats can advance this on their own and they are trying to do so as part of President Biden’s broader policy agenda.

The second phase will be trickier, and the timing is less certain. That is where the U.S. would have to agree to the international deal changing the rules for where income is taxed. Many analysts say that would require a treaty, which would need a two-thirds vote in the Senate and thus some support from Republicans. Ms. Yellen has been more circumspect about the schedule and procedural details of the second phase.

Friction between European countries and the U.S. over the taxation of U.S. tech giants has threatened to trigger a trade war.

In long-running talks about new international tax rules, European officials have argued U.S. tech giants should pay more tax in Europe, and they fought for a system that would reallocate taxing rights on some digital products from countries where the product is produced to where it is consumed.

The U.S., however, resisted. A number of European governments introduced their own taxes on digital services. The U.S. then threatened to respond with new tariffs on imports from Europe.

The compromise was to reallocate taxing rights on all big companies that are above a certain profit threshold.

Under the agreement reached Friday, governments pledged not to introduce any new levies and said they would ultimately withdraw any that are in place. But the timetable for doing that has yet to be settled through bilateral discussions between the U.S. and those countries that have introduced the new levies.

Even though they will likely have to pay more tax after the overhaul, technology companies have long backed efforts to secure an international agreement, which they see as a way to avoid a chaotic network of national levies that threatened to tax the same profit multiple times.

The Organization for Economic Cooperation and Development, which has been guiding the tax talks, estimates that some $125 billion in existing tax revenues would be divided among countries in a new way.

Those new rules would be applied to companies with global turnover of €20 billion (about $23 billion) or more, and with a profit margin of 10% or more. That group is likely to include around 100 companies. Governments have agreed to reallocate the taxing rights to a quarter of the profits of each of those companies above 10%.

The agreement announced Friday specifies that its revenue and profitability thresholds for reallocating taxing rights could also apply to a part of a larger company if that segment is reported in its financial accounts. Such a provision would apply to Amazon.com Inc.’s cloud division, Amazon Web Services, even though Amazon as a whole isn’t profitable enough to qualify because of its low-margin e-commerce business.

The other part of the agreement sets a minimum tax rate of 15% on the profits made by large companies. Smaller companies, with revenues of less than $750 million, are exempted because they don’t typically have international operations and can’t therefore take advantage of the loopholes that big multinational companies have benefited from.

Low-tax countries such as Ireland will see an overall decline in revenues. Developing countries are least happy with the final deal, having pushed for both a higher minimum tax rate and the reallocation of a greater share of the profits of the largest companies.

—Sam Schechner in Paris contributed to this article.