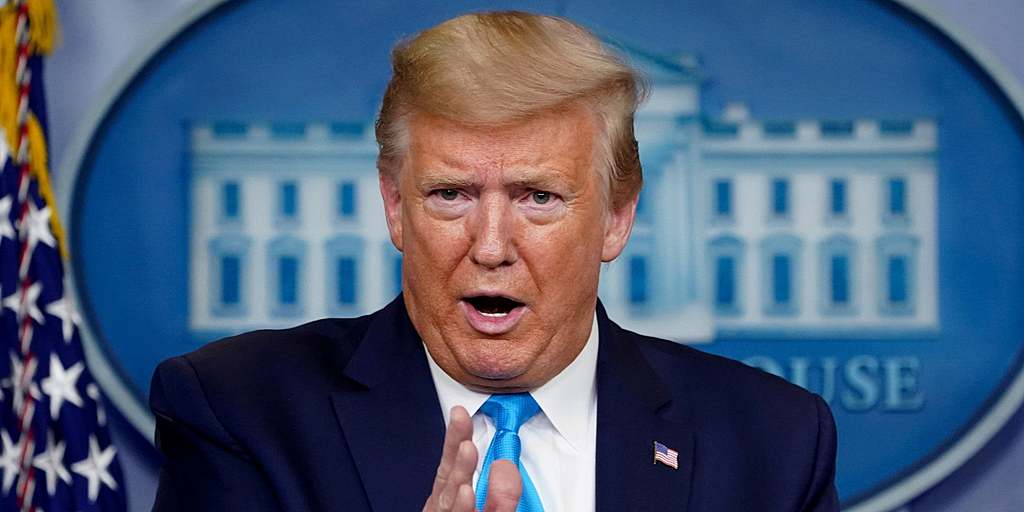 Earlier this year, the Trump administration proposed cutting US funding for the World Health Organisation by more than half, from nearly $123m this year to less than $58m next year.

If recent statements from Republican lawmakers are any indication about their feelings toward current WHO leadership, Mr Trump might just get his wish.

The proposed budget cut for WHO is part of the president’s larger crusade to scale back the American taxpayers’ contributions to foreign aid programs.

While the coronavirus pandemic has spelled catastrophe for a humming US economy Mr Trump and Republicans planned to make a centerpiece of their 2020 campaign messaging, it may have incidentally cleared a politically viable path in Congress for the president to advance parts of his mission to cut back on foreign aid.

The South Carolina Republican and Trump whisperer has come out in full-throated support of Mr Trump’s threat to withhold current fiscal year 2020 funding from WHO as long as the health group retains its current leadership.

"[In] the next appropriations bill, there's not going to be any money for the WHO," Mr Graham said in an interview on Fox News earlier this week. “They've been deceptive. They've been slow and they've been Chinese apologists.”

They’re coming from Republican lawmakers who hold the keys to future foreign appropriations bills. Now that they’re on the record against current WHO leaders, they must maintain some level of consistency.

“Once Graham brings his budget to the committee and that becomes public, people are going to compare it to a lot of his past statements and ask if it was consistent,” said Kate Eltrich, a longtime Democratic staffer on the subcommittee Graham chairs and an expert on the congressional appropriations process.

“He has kind of put himself in a position where he’ll have to zero them out, pass some big new restrictions in the bill, or have some statement or reasoning that he feels like they’ve changed some of their behavior,” Eltrich said.

Even Democratic stakeholders have acknowledged the WHO is overdue for an institutional overhaul, though they say such criticism is an attempt by Mr Trump to shift blame for the health crisis in the US from his own slow response to coronavirus onto the shoulders of China and others.

“The World Health Organisation does need reform, just as it needs the strong support of the United States and other countries in order to do its job,” Senator Patrick Leahy of Vermont, the top Democrat on the appropriations subcommittee overseeing funding for foreign programs, said in a statement Wednesday.

“Such complaints also apply to President Trump, who ignored numerous warnings, downplayed the threat, discounted medical science and squandered valuable time that could have saved countless lives.  He continues to shamelessly and relentlessly try to shift responsibility for his disastrous response to the coronavirus to anyone and everyone except himself,” Mr Leahy said.

To be clear, the fate of future appropriations for the WHO is likely not the foremost issue on any lawmaker’s mind — not even for key negotiators such as Graham.

And with members back in their home states and districts, Republicans who would be pushing the issue forward are hardly in a position to whip up support for punitive monetary actions against the WHO.

“It’s hard to create a groundswell of support or opposition to ideas when members aren’t [in Washington] ... having those internal conversations that they have either on the floor or in committee rooms,” a former longtime Republican appropriations aide told The Independent, noting that the hearings process has been shut down, so lawmakers can’t ask questions and get real-time feedback from agency heads.

Meanwhile, as what’s sure to be a fiery debate over future appropriations looms, Mr Trump is absolutely within his right to put a freeze on some of the $123m Congress has already approved for the WHO for this year.

Such a move is not unprecedented. In fact, it could be very similar to the step the president took last year to withhold nearly $400m of congressionally approved military assistance to Ukraine, a move that cut to the heart of his impeachment trial.

The US sends two streams of funding to multilateral groups like the WHO: dues payments for organisation membership and voluntary contributions for more specific programs and initiatives that fall under the group’s funding umbrella.

Mr Trump did not specify whether he would put a freeze on one, the other, or both in order to pressure WHO to enact institutional changes such as retooling its leadership.

With Democrats acknowledging the WHO’s systemic deficiencies, some sort of compromise deal with Republicans and the WHO to shake up its leadership or acknowledge the its own mistakes with regard to China could be in the offing to unchain the funding the organisation so desperately needs to operate productively.

“Somehow splitting the baby — trying to find [a solution] where everyone figures out they’ve gotten some win on it — is the best-case scenario,” the former GOP appropriations staffer said.