The first coronavirus death has been reported in Hong Kong as the total number of people infected by the illness in China surpassed 20,000.

The death is only the second outside of mainland China and comes as the country faced increasing pressure in a race to stop the spread of the virus.

A man, 39, who had travelled from the city of Wuhan, the epicentre of the outbreak, was confirmed on Tuesday to have died in Hong Kong.

It comes after the semi-autonomous territory shut almost all of its land and sea border crossings with the mainland.

The mainland's latest figures of 425 deaths and 20,438 confirmed infections.

Outside mainland China, at least 180 cases have been reported, including two fatalities, one in Hong Kong and the other in the Philippines.

Other countries are continuing evacuations and restricting the entry of Chinese or people who have recently travelled in the country.

Medical teams from the People's Liberation Army were arriving in Wuhan to relieve overwhelmed health workers and to staff the new 1,000-bed hospital.

It was built in just 10 days, its prefabricated wards equipped with state-of-the-art medical equipment and ventilation systems.

A 1,500-bed hospital also specially built for patients infected with the new virus is due to open within days.

Chinese scientists said they have more evidence the virus, which was first detected in Wuhan in December, likely originated in bats.

In a study published in the journal Nature, Shi Zhen-Li and colleagues at the Wuhan Institute of Virology reported that genome sequences from seven patients were 96 per cent identical to a bat coronavirus.

The SARS virus is also believed to have originated in bats, although it jumped to civet cats before infecting people.

Scientists suspect the latest outbreak began at a seafood market in Wuhan where wild animals were on sale and in contact with people.

The World Health Organization last week declared the virus a global health emergency over the outbreak. 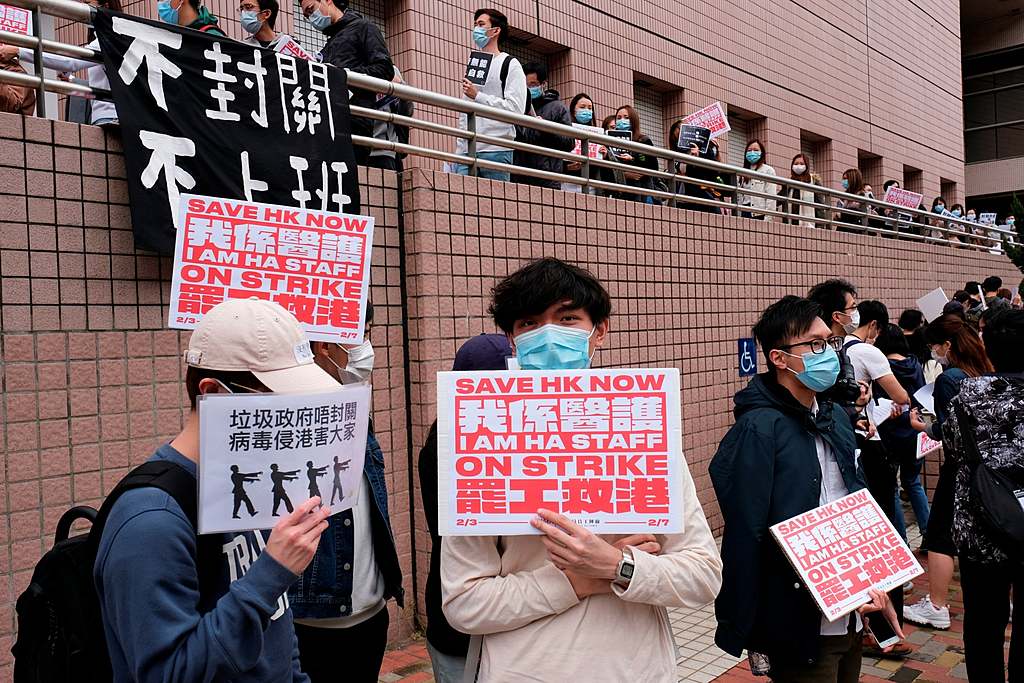 The Independent UK
From analysis to the latest developments in health, read the most diverse news in one place.
Hong Kong records first coronavirus death amid medical workers' strike

Beijing (AFP) - Three more Asian countries confirmed coronavirus infections on Tuesday among citizens who had not travelled to China,…

The 39-year-old man returned to the city from Wuhan last month and reported symptoms a week later. He is said…

Forbes
One place to find news on any topic, from hundreds of sites.
Hong Kong sees first coronavirus death as global toll nears 500

The number of people infected in China by the coronavirus outbreak jumped on Wednesday to nearly 500, after Hong Kong…