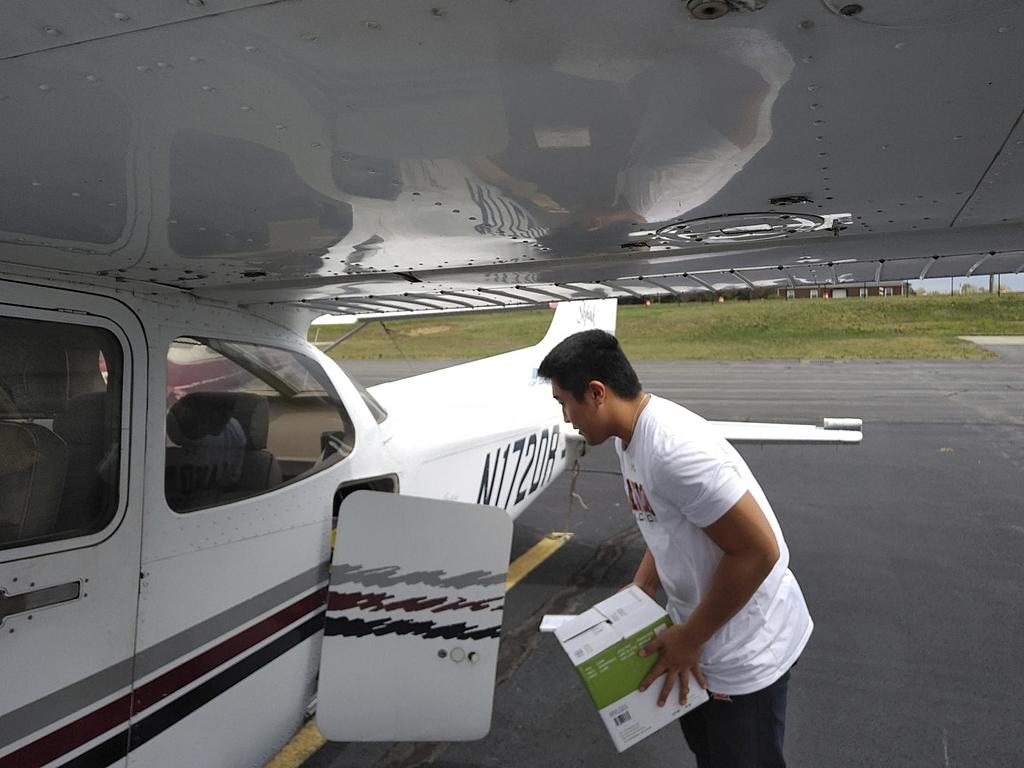 A 16-year-old is using his skills as a budding pilot to bring desperately needed medical equipment to rural hospitals.

TJ Kim carries a variety of supplies including gloves, masks and gowns to small hospitals during his flying lessons, The Associated Press reported.

The teenager undertook his first delivery on 27 March to a 25-bed hospital in Luray, where he was overwhelmed by the gratefulness at his efforts, AP said.

“They kind of conveyed to me that they were really forgotten about. Everyone was wanting to send donations to big city hospitals,” he told the outlet.

“Every hospital is hurting for supplies, but it’s the rural hospitals that really feel forgotten.”

According to the report, Kim was an avid lacrosse fan and was severely disappointed when school closures meant his lacrosse season was forced to end early.

The Maryland sophomore came up with a creative solution to keep active and give something back to the community amid the crisis with the help of his family from McLean, Virginia.

Kim and his family called their efforts Operation SOS — Supplies Over Skies.

In his most recent flight, TJ carried 3,000 gloves, 1,000 head-covers, 500 shoe covers, 50 non-surgical masks, 20 pairs of protective eyewear and 10 concentrated bottles of hand sanitiser to a hospital in Woodstock, AP reported.

“After I landed, all I could think about was going back up,” TJ said.

TJ’s flight instructor, Dave Powell, was over the moon at his student’s idea, especially after he was so disheartened by the lacrosse cancellations.

“For TJ to be more concerned with the needs of others in his melancholy state just reiterated to me how amazing this young man is,” Mr Powell said.

The teenager eventually hopes to attend the Naval Academy and become a fully-fledged pilot.

According to TJ the hardest part of the project was securing the supplies for the trips, with medical resources and protective equipment stretched out around the country amid the pandemic.

However, his father, Thomas Kim, told AP he was glad to see his son turn his earlier disappointment into something positive: “something that combines serving the community and his love of flying”.