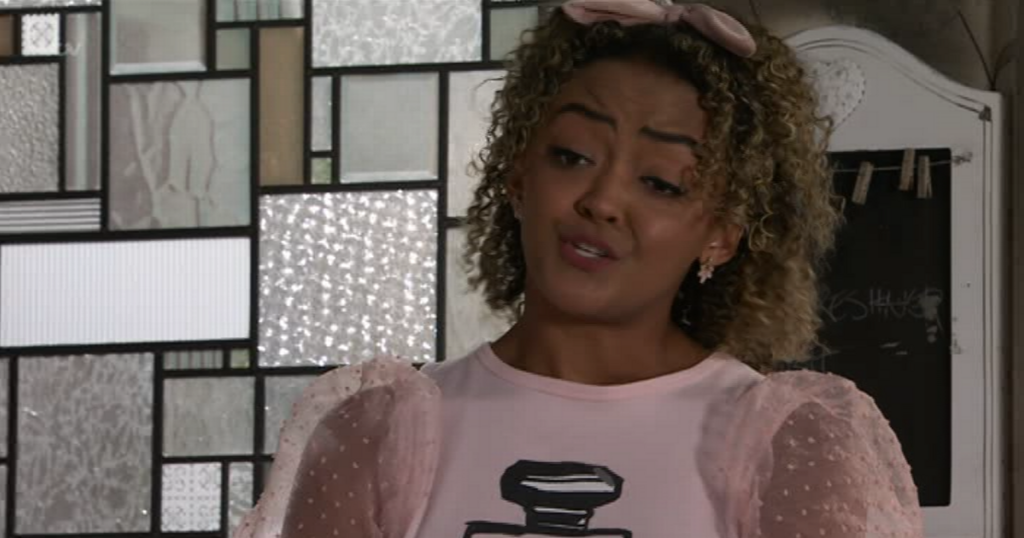 Actress Ruxandra announced on Wednesday that she had bid farewell to the ITV soap after two years as Alina Pop.

The character ended her controversial romance with Tyrone Dobbs in Wednesday’s episodes after learning he lied to her about his feelings for ex-girlfriend Fiz Stape.

Alina left the street after saying goodbye to pal Emma and revealing that she was once again pregnant with Tyrone’s child.

Ruxandra had posted an image of herself in front of the Rovers Return on the iconic street standing alongside Tyrone actor Alan Halsall.

She captioned the image on Twitter : “And that’s a wrap on Corrie!

“Thanks to everyone who encouraged and supported me. It meant so much.”

She went on: “I worked with some of the finest people,who are not only extremely talented but very humble and caring.

“They made me feel welcome and a part of this beautiful family.

She then replied to her own tweet, adding: “⁃people up north are well nice #alina #corrie ”.

To this, actress Alexandra Mardell - who plays Alina’s on-screen best friend Emma Brooker - shared a sweet message in a reply.

Meanwhile, Ruxandra also retweeted throwback images of herself from earlier in the month as Alina in the soap.

Alina Pop is due to make a further appearance on Thursday night, as Tyrone makes one last attempt to stop her leaving for her native Romania.

Is this really the last Tyrone will ever see of Alina?

Will you miss Alina Pop on Coronation Street? Let us know in the comments below.