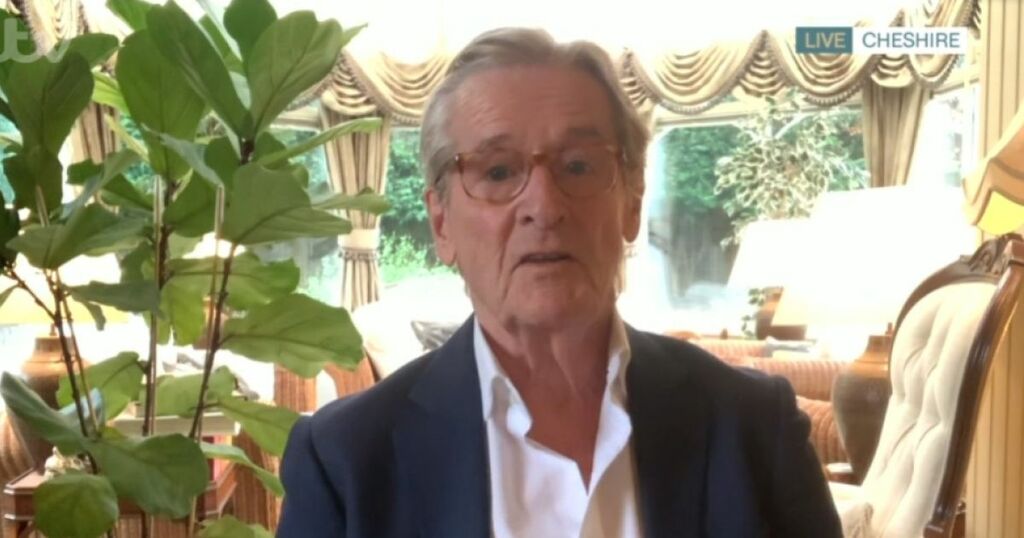 The ITV soap stalwart appeared via video link on Monday's edition of the ITV daytime show.

He was chatting to the show's hosts Holly Willoughby and Phillip Schofield for the first time since it was announced he'd be made an OBE in the New Year's honours list.

The Ken Barlow actor, who holds the Guinness World Record for the longest-serving TV soap star in the world, has been honoured for his services to drama and charity.

He was first awarded an MBE for services to TV drama in the New Year Honours list in 2001.

The Corrie star will celebrate his 90th birthday in April and Phillip was intrigued to know how Bill was still looking so good.

"You look, what, 60?" Phil exclaimed. "I literally have no clue how you're doing it.

"I think everybody would aspire to be not only looking fantastic but you're also pretty damn cool because you said as you got to your 70s, 80s, you're going to get younger," Phil went on.

"I made a decision when I was 70 that I was going to get younger every year," Bill said. "Ageing is a belief system.

"If you believe you deteriorate, you will."

This Morning viewers were also stunned by the age revelation.

"William Roache is 90 in April?!?!? What!!! He looks great. #Corrie #ThisMorning," @GTaylforthUK tweeted.

@Patr1ckMcCann echoed: "Omg just had a Google to see how old Bill Roache is. Wow! 90 in April. That’s unbelievable. He looks like he’s in his 60’s @itvcorrie #corrie #ThisMorning."

"WHAT bill roache will be 90 soon f**k off he well looks younger #ThisMorning," @carriet1234 shared.

@IkinRachel commented: "Bill looking like he could go another 90 year #ThisMorning."

This year Bill will be marking 62 years of playing Ken in Coronation Street.

The cobbles icon has been part of the soap since its first episode was first broadcast on December 9, 1960