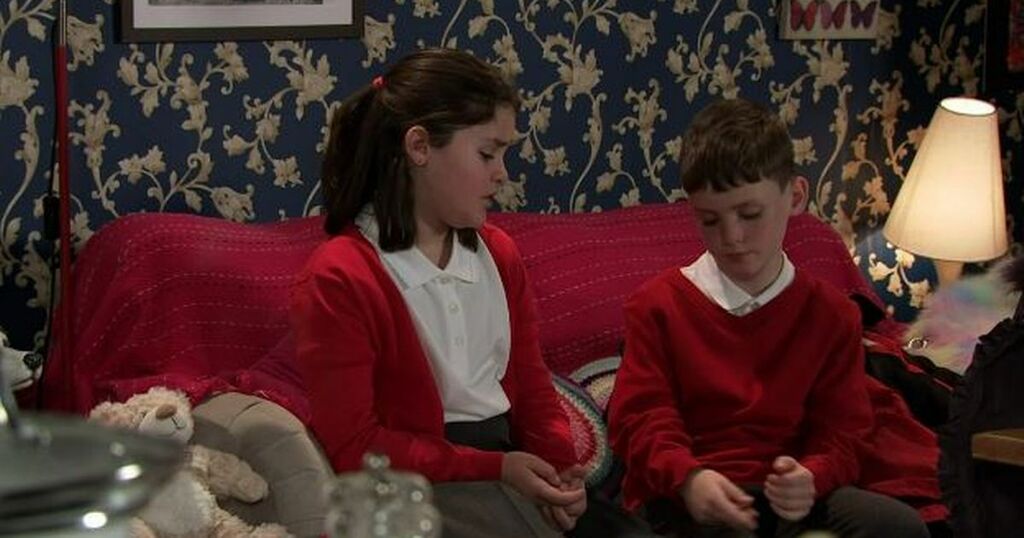 Coronation Street fans were blown away as they spotted Joseph's lookalike on tonight's episode.

Chesney's financial hardship has meant he has been unable to pay for Joseph's school trip or a new jumper.

Fiz offered to help her brother out in the first part of tonight's double header as she invited her nephew to have some dinner at her home.

However, Joseph confided his family's money troubles with Hope while he was there and was led down the wrong path by his cousin.

Hope has been in and out of trouble throughout her time on Weatherfield and encouraged Joseph to take the money for the school trip from Fiz's purse.

He was initially resistant but eventually gave in to temptation and was caught red-handed by Fiz at the end of the first episode.

Coronation Street fans were thrilled throughout the scene as Hope and Joseph are played by real life twins, Isabella and William Flanagan.

However, viewers were all making the same point about how Joseph looks more like his elder sister Amelia Flanagan, who is known for her role as April Windsor in Emmerdale.

Katie said: "You wouldn’t think Joseph and Hope were twins.. he looks more like his older sister April in #emmerdale"

Jamie posted: "Joseph in #Corrie looking exactly like his sister in #Emmerdale"