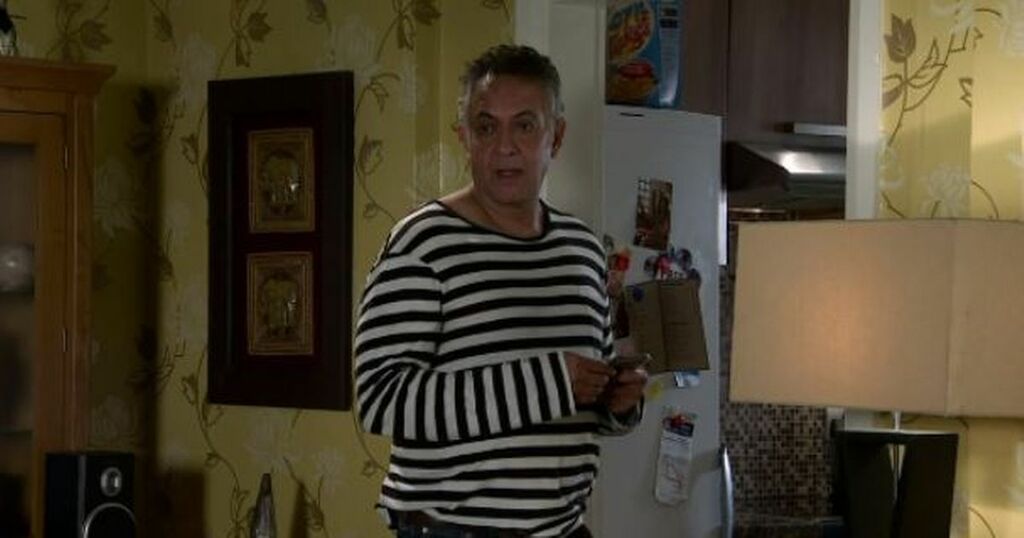 Coronation Street fans were at war as they couldn't agree on Dev's new look after watching tonight's episode.

On the first part of Monday's double header, Aadi railed at Dev for his total lack of interest in him and his new girlfriend.

The Jimmi Harkishin character rejected the accusations, however he was stumped when his son asked what Summer's surname was.

Aadi marched out of the shop after the remarks - leaving Dev to concoct a plan to win back his son.

He made a mysterious phone call to ask whether Summer was free this evening - but fans were distracted throughout Dev's scenes tonight by his bold outfit choice.

Dev wore a black and white striped shirt - and fans on Twitter couldn't agree what it reminded them of - with many offering their own suggestions.

One user said: "Why is Dev dressed like a mime artist?"

A fifth asked: "Has Dev just come home from Venice?"