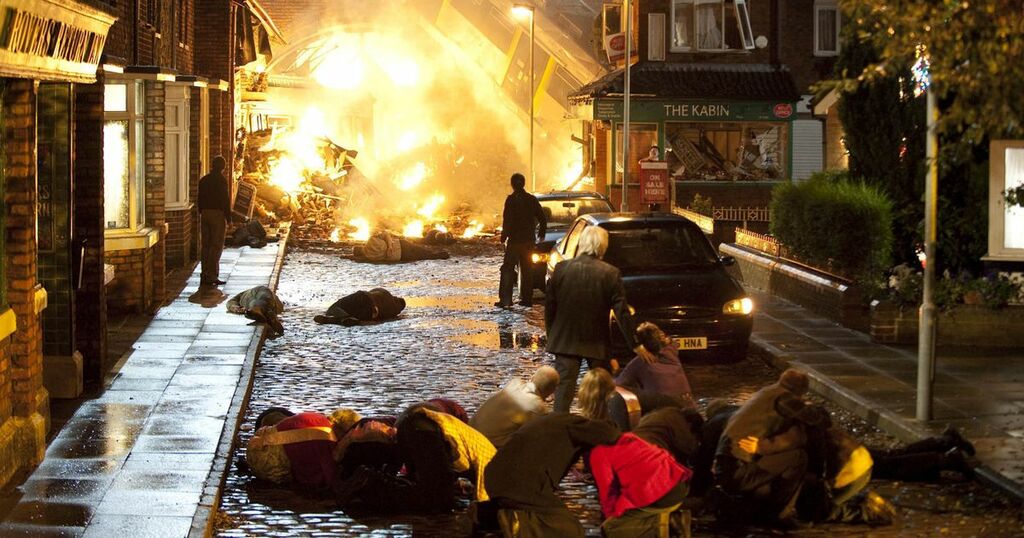 Coronation Street is to screen a disaster on such a scale it will rival the famous tram crash that shook Weatherfield in 2010.

The major 'cinematic' event, leaving one characer dead, will see the return of the ominous sinkhole that appeared in the Platts' back garden a year ago.

Actress Sally Carman, who plays Abi Franklin, told the Mirror at the National Television Awards: “It's going to be so big it will rival the tram crash. You're going to have your socks blown off.”

And Corrie boss Iain Macleod likened the story to Chekhov's gun - a dramatic principle that states everything that happens is relevant and contributes to the overall story.

"We've tried to look at the last 12 months and the limited way in which all soaps have been forced to tell their stories, and try to subvert that and go 'we're back.'

Iain said Corrie wanted to film impressive stunts they hadn't previously been able to due to restrictions during the Covid-19 pandemic.

"It's a statement of intent that we wanted, as a show, to put out there - to make something we couldn't possibly have made in the past 18 months because the pandemic wouldn't allow it," he said.

"But we're back now, our team is the best in the business and we can do it and we're going to do it and it's going to be incredibly impressive."

In the tram crash episodes to mark Corrie's 50th anniversay a tram crashed into the street after a gas explosion at The Joinery bar.

Corrie favourite Ashley Peacock was crushed by the collapsing Jonery after helping Nick Tilsley to escape with an unconscious Peter Barlow.

And Molly Dobbs died after she was trapped in the corner shop along with her baby son Jack.

Molly passed away in the rubble after confessing to Sally Webster about her affair with her husband Kevin, and that baby Jack was Kevin's son and not her husband Tyrone's.