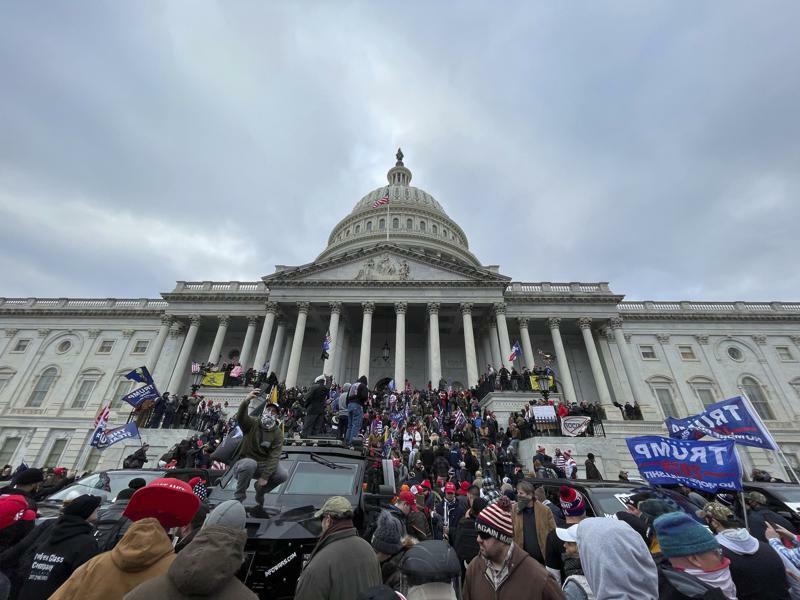 While recommending probation for one of the first Capitol rioters to face sentencing, a federal prosecutor said the lightness of her punishment should be an exception—writing that “the backdrop of January 6” makes all crimes that day more serious, and hinting to the hundreds of others charged that they should expect to go to jail if they plead guilty or are convicted.

In the memo filed Friday and first reported by Politico, assistant U.S. attorney Kevin Birney recommended three years of probation for Valerie Ehrke, who pleaded guilty in June to briefly entering the Capitol, calling hers “the rare case where a probationary sentence is appropriate.”

While Ehrke faced up to six months imprisonment for admitting to unlawfully demonstrating, she deserved a lighter sentence, Birney wrote, in part because she was in the building for about one minute, had expressed remorse and was one of the first rioters to plead guilty—in June, to a misdemeanor.

Despite Ehrke’s sentence, probation “should not necessarily become the default" for people charged with misdemeanors for breaching the Capitol, Birney wrote, because their alleged crimes were not minor: They were part of “a large and violent riot that relied on numbers” to break into the building.

In most cases, including misdemeanors, the need to deter future attacks on democratic institutions, and to emphasize the severity of those attacks, make it more likely a prosecutor should push for jail time, he wrote.

To underscore his point, Birney quoted a federal judge on another January 6 misdemeanor case, Politico reported, who said “the presumption should be that these offenses were an attack on our democracy and that jail time [usually] should be expected.”

“It is important to convey to future rioters and would-be mob participants—especially those  who intend to improperly influence the democratic process—that their actions will have  consequences,” Birney wrote.

570. That’s how many people had been arrested in cases related to the Capitol riots as of Tuesday, the Justice Department said in a press release.

It is still unclear whether other prosecutors will push for, and other judges will agree to, jail sentences. Of those charged with the worst crimes—including assault on Capitol police officers and conspiracy to prevent Congress from certifying Joe Biden’s election—none have been sentenced, Politico reported.