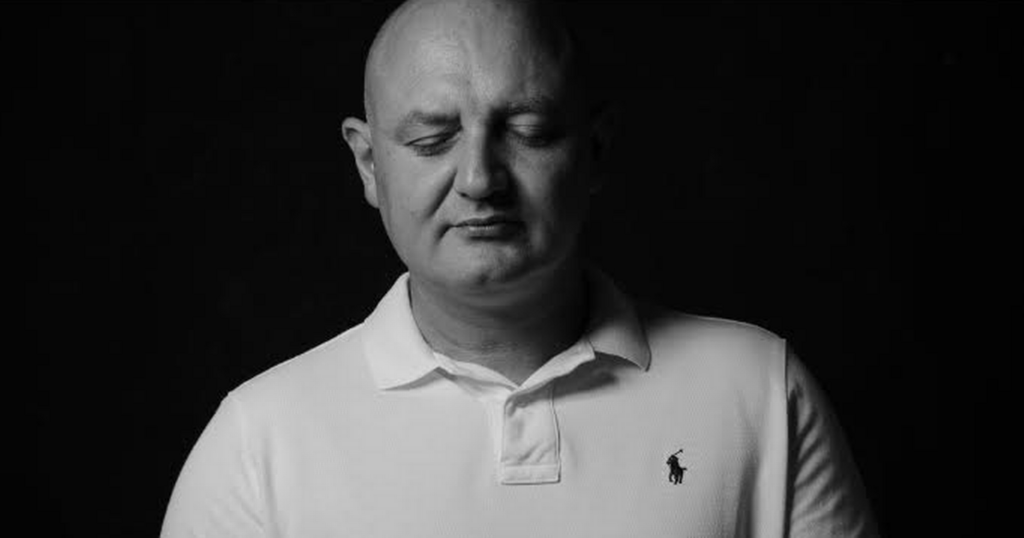 This convicted criminal says he has turned his back on the underworld — to commune with the spirit world.

Garreth Quinn — who was jailed over an attempted robbery in which an undercover garda was accidentally shot dead by a colleague — is now advertising himself online as a psychic healer and a medium, saying: “I am a truthful voice of spirit.”

Dubliner Mr Quinn, 44, a cousin of Kinahan cartel killer James Quinn, says his life changed in 2019 when he began to see spirit people.

He tells punters that healing is a gift from God – and there is no disease that cannot be helped by the practice.

Mr Quinn, who now lives in Clondalkin in southwest Dublin, says healing guides use him as a medium to deliver healing energies to the sick.

Mr Quinn says: “Healing is a gift from the heavens, God’s healing ministers, our healing guides in the spirit world working alongside their mediums to deliver divine healing energies through the medium to the sick.

“There is no disease that cannot be helped through the power of spiritual healing. It is not faith healing, it’s divine and it is God’s gift to all his children irrespective of race or creed.

“We the medium possess the facility of attunement to the healing guides, intuitively receiving diagnosis and counsel for the patient.

“It is the guides who step in through the medium to deliver the healing energies needed to help the patient when the healing sitting is taking place.”

Mr Quinn also says his life changed two years ago when, at the age of 42, the spirits of dead people came to him.

He says on his website: “It wasn’t something that I ever expected to happen to be honest. I went to a medium to find out what was going on to be told, “Welcome to the club’.

Mr Quinn says spirits gave him a choice — carry on as he was or give up his old life and work with them.

He says: “This was a turning point in my life and the day my development began.”

His site says: “Your reading with Garreth will be an uplifting and positive experience, from heartfelt emotional to stunning revelations.

“The readings are filled with healing words, guidance and messages delivered with accurate evidence and proof your loved ones have survived death and live on in heaven.”

Mr Quinn’s Facebook page has more than a dozen testimonials.

One client says: “He did a great job on my knee and my mouth. I can’t wait to see him again.”

“I left Garreth’s yesterday feeling great and woke up this morning just shocked. I have no pain whatsoever.”

Mr Quinn was sentenced to eight years in 2004 over the attempted robbery of AIB in Abbeyleix, Co Laois, in which National Surveillance Unit Detective Sergeant Sean Eiffe (40) was accidentally killed by a colleague.

He admitted one count of conspiracy to rob the bank and one of allowing himself to be carried in a stolen car.

He and three other criminals went to rob the AIB, in the hope of stealing millions of euro. But gardai were aware of the plan and had kept the bank under surveillance for a week and confronted the gang.

One of the three cars used by the gang was driven away and officers then opened fire. One of the bullets ricocheted and killed Det Sgt Eiffe.

Quinn, who at the time had an address in Tallaght, absconded while on bail, but later handed himself in after his three co-conspirators were jailed for 10 years.

He was later jailed for eight years, with two suspended.

His counsin James (40) is serving life for the 2015 murder of Gary Hutch (35) in Spain for Daniel Kinahan’s gang. That killing led to the Kinahan-Hutch feud, in which 18 men have now been killed.

Mr Quinn did not respond to multiple calls and messages from the Irish Mirror last night.