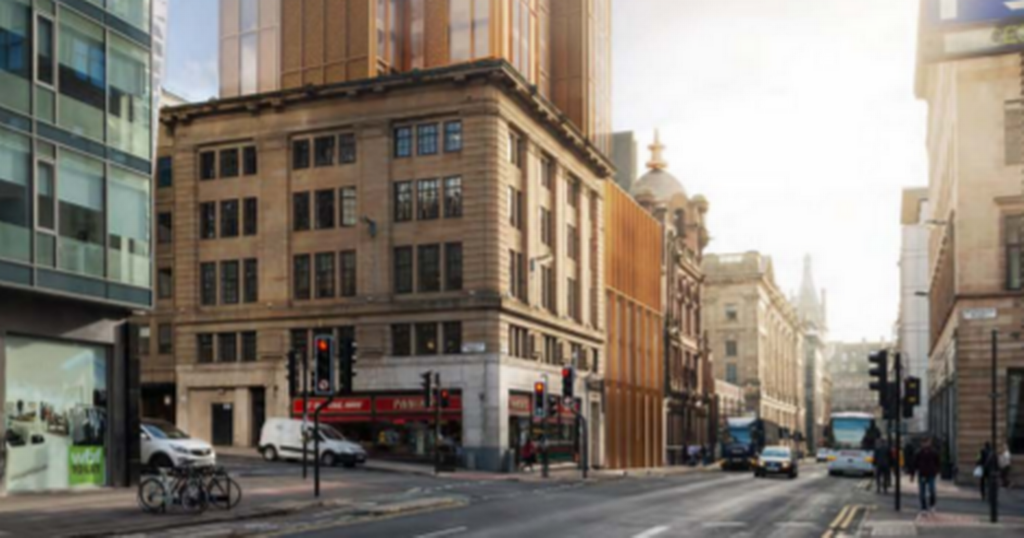 Glasgow planning bosses have refused an application to demolish most of a historic distillery to make way for 182 flats in the city centre.

Last November an application to create a mix of one, two and three bedroom build-to-rent apartments at 64-72 Waterloo street was brought before the city council’s planning department.

Despite recommendations for refusal, councillors agreed to a hearing which would allow members of the community and property developer Brickland to discuss the project which would have seen the B-listed building substantially demolished.

The hearing was held virtually this morning where councillors raised concerns about the management of waste collection and height of the building which would have helped create a “concrete jungle” in the city centre.

The applicant then highlighted that time had been taken to understand the concept of the listed buildings in Glasgow and come up with a design which complimented the character of the area as well as boost the population of the city centre.

“The proposals include two and three bedroom flats and families will not be excluded from living here. Quality of living is given the highest priority in terms of building design.”

Members of the planning committee had mixed opinions on the proposals making it hard for them to support it.

They felt the development would be better situated on a different site.

Following the debate, where the majority of councillors voted to refuse the proposal, SNP city centre councillor Eva Bolander said: "This proposal was of excessive height and scale, and attracted considerable opposition from local residents and heritage institutions, so I am pleased that the committee has chosen to reject these plans today.

"Growing the residential population in the City Centre is a key aim for the Council - but this proposal was not right for this location. We have to see developments which are creating homes and communities for a mix of people, including families, without detracting from the quality heritage which so many residents and visitors love about Glasgow. "

"With the climate emergency in my mind and from a heritage aspect, I would much prefer to see a re-purposing, instead of demolition of buildings, a strategy which I am hopeful will emerge soon."

"I am pleased to have stood with the local community in this instance and I look forward to working with them and key stakeholders to support our vision of a City Centre that both supports conservation and a vibrant local residential community."