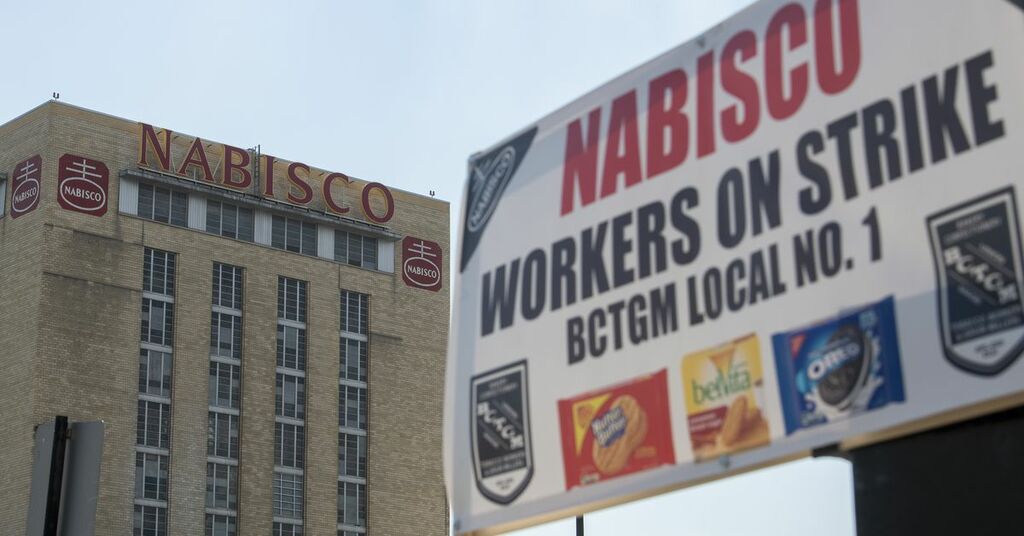 Union and company negotiators have scheduled bargaining sessions next week in the Nabisco strike, a sign of progress in a bitter work stoppage that began last month.

The strike has affected operations at six U.S. locations, including the bakery at 7300 S. Kedzie Ave.

Bargaining teams will meet Monday and Tuesday, both sides said. They will be the first face-to-face sessions since July, said Laurie Guzzinati, a spokeswoman for Mondelez International, owner of Nabisco. The talks follow a new proposal the company circulated.

“We’re hopeful there is some movement,” said April Flowers-Lewis, union steward who has been involved in picketing at the Southwest Side plant. About 325 members of Local 1 of the Bakery, Confectionary, Tobacco Workers and Grain Millers International Union work at the site.

Flowers-Lewis said the strike has halted production at the plant, whose products include Chips Ahoy, Wheat Thins, Nutter Butter cookies and belVita breakfast biscuits. She said a company plan to use managers as production line workers failed.

Guzzinati denied that, saying the plant recently finished a run of Nutter Butters and belVitas. She reiterated a company pledge of a “robust contingency plan” to keep its snack products headed to grocery shelves. The strike also involves a sales distribution center in Addison with about 20 workers.

The walkout began in Chicago on Aug. 19, days after the bakery union began striking in Portland, Oregon. Worker complaints have included company proposals to curtail health benefits for new hires and an alternative schedule for 12-hour days for certain production lines.

On Aug. 31, Mondelez posted on a website details of an offer that technically expired Tuesday but is expected to form a basis for next week’s discussion. The offer modified the work schedule proposal and proposed a bonus of $5,000 per employee, annual wage increases for each year of a four-year contract and increases to the company’s 401(k) match.

The walkout involves about 1,000 people nationwide, the union has said.

Flowers-Lewis said Nabisco’s Oreos are still found at stores because consumers are heeding a union boycott of the popular cookie. Guzzinati said, however, that the company has seen no impact on Oreo sales.