Consumers to be protected from harassment by unsolicited calls, messages under new telecom bill

“The Bill enables a legal framework for preventing harassment of users from unsolicited calls and messages," the government said in a note alongwith the bill issued for consultation on Wednesday.

The bill will also enable provisions related to identity of the calling party which will help in preventing cyber-frauds done using telecom services. In a first of its kind, the bill that has proposed waproposes measures for protection of users.

In the draft bill, the government said it will prescribe measures for protection of users from specified messages that can be any message offering, advertising or promoting goods, services, interest in property, business opportunity, employment opportunity or investment opportunity.

This will be a huge relief to consumers receiving spam who are unable to decipher who the sender is. The bill also proposes bringing in new regulatory framework to protect individuals from telemarketing messages.

The measures include prior consent of users for receiving certain messages or class of messages, one or more “Do Not Disturb" registers that will ensure that users do not receive messages without prior consent and a mechanism to enable users to report unsolicited messages.

“Every telecom user wishes to know who is calling. This will help in preventing cyber-frauds done using telecom services. Therefore, provisions related to identity have been included in the Bill at relevant places. Users also need protection from calls that they want to avoid," the government added.

But experts said that the provisions exist and were not of much help for consumers who continued to get spam messages and calls despite being on the DND list.

“The proposals seem largely in line with what exists today. “Do not disturb" registries, and the requirement of consent for sending certain kinds of messages. These measures have been attempted and failed in the past, so it will be interesting to see what the new proposals will be," said Pritha Jha, partner at Pioneer Legal.

Telecom minister Ashwini Vaishnaw said that the bill was the fourth set of reform which talks of having a proper restructuring mechanism for the industry, innovation and right of way for fibre laying among others, giving a clear roadmap to the industry.

Industry welcomed the proposed bill and the Cellular Operators Association of India said that the bill was another milestone step to develop a modern and future-ready legal framework in telecommunication keeping with the recent trend of reformative policy making by the government.

“We will be bringing a series of at least three more legislations I can say, in which the entire digital regulatory system will be brought up to global standards. We should be the economy where at a population scale a billion plus and with an economy as complex as outs and growing, what are the things that we should look at when we are drafting our legal structure? That is the objective that which we are moving for," he said at an industry event on Thursday.

The government will undertake license reforms after the draft bill is taken forward to become a law, as the next step of reforming the erstwhile troubled sector.

Catch all the Industry News, Banking News and Updates on Live Mint. Download The Mint News App to get Daily Market Updates.
More Less
Post your comment First article
Sign up to read this article 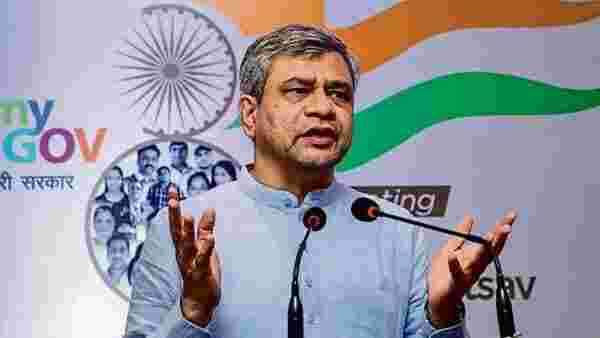 Livemint
One subscription that gives you access to news from hundreds of sites
Explainer: New Telecom Bill likely in 6-10 months: Here's list of changes it would bring

The bill seeks to replace three laws: the Indian Telegraph Act, 1885, the Indian Wireless Telegraphy Act, 1933 and the…

Livemint
New telecom law will apply to WhatsApp, Signal, others

The proposed draft telecom bill is expected to become law in six to 10 months, says minister

The bill seeks to simplify the framework for mergers, demergers and acquisitions, or other forms of restructuring, by only requiring…

What if WhatsApp, Telegram, Signal, Zoom and their ilk had to get a licence from the telecommunications department to operate…

Some of the existing telecom guidelines were issued at a time when the sector had several operators.