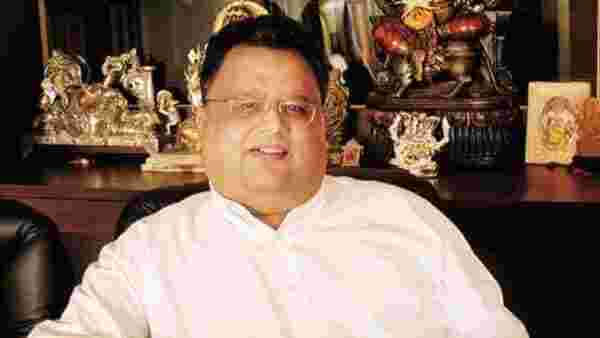 This Rakesh Jhunjhunwala-led Tata stock has potential for upside ahead. 4 key trigger points
In Q4FY22, Tata Motors posted a net loss of ₹1,033 crore for the quarter ending March 31, 2022 (Q4FY22) -…

This comes on the back of better-than-expected margin performance in its fourth quarter results (Q4FY22).

Livemint
Aluminium price fall takes the sheen out of Hindalco

Consumer durable products to get costlier ahead as rupee plays spoilsport

The sector currently struggles with a weak Indian rupee against the dollar that makes imported components costlier, while supply shortages have further added to the woes.

On Thursday, the rupee dipped to a record low for the second time in a week and clocked near 77.6313 per dollar. It closed at 77.40 against the US dollar lower by 15 paise. Inflationary pressure, the Russia-Ukraine war, and monetary policy tightening have made the dollar strong against a basket of currencies and counterparts like the rupee vulnerable. Also, the bearish tone in domestic equities along with steep FPI outflows further add to woes for the rupee. Notably, a volatile rupee that consistently dives is not a good sign for the economic trajectory.

Further, consumer durables face challenges from shortages of parts that are getting piled up at Shanghai port due to the Covid-19 surge which has resulted in a strict lockdown in the city.

The Consumer Electronics and Appliances Manufacturers Association (CEAMA) believes that the fall of the Indian rupee against the dollar is creating more problems for the consumer durables industry.

CEAMA President Eric Braganza told PTI, "Raw material prices are already going up and now the US dollar is going up as the Indian rupee is devaluing. All manufacturers would be now looking at the bottom line (income/profit). From June onwards, we will see a price increase of 3 to 5 percent."

In their weekly commodity report for May 9 to May 13, ICICI Direct in their research note said, "We expect the rupee to depreciate further amid risk aversion in the global markets and strong dollar. Further, investors fear that monetary tightening across globe may prompt foreign investors to pump out liquidity from emerging markets. Additionally, the market will remain vigilant ahead of inflation data from US and India to get clues on how aggressive the central banks will be in tightening policy. As long as the US$INR sustains above 76.50 level it can slip further till 77.80/78.00."

The weak rupee coupled with supply shortages has put inventory pressure on manufacturers and on top-line products that are largely dependent on import components and have lesser domestic value addition.

Braganza said, "the industry would be making payment for imported materials as it starts coming in," adding, "if the dollar is still at ₹77.40 against the Indian rupee, the manufacturers would have to make price adjustments."

However, Braganza also said that if the US dollar settles down in the next two weeks to the previous level of 75 then they would have not to make such price adjustments.

As per the PTI report, the hike would be in most of the product categories ranging from washing machines and cooling products such as air conditioners and refrigerators to other appliances. Some AC makers have already increased prices in May but some others are expected to follow either by the end of this month or June.

On stock exchanges, Havells India and Voltas one of the largest electrical and home appliances companies - have announced their financial performance.

Earlier this month, on Voltas, Chirag Muchhala Research Analyst and Rahul Kumar Mishra Research Associate of Consumer Durables at JM Financial in their research note said, "VOLT took 12-15% price hike in RAC in FY22, but pricing disruption by peers such as LG & Lloyd and unfavorable regional sales mix led to a sharp decline in market share from 25.4% in YTD-January 2022, to 18.5% for the month of March 2022."

The duo added, "The RAC demand remains robust while VOLT aims to recoup the lost market share in Q1FY23 via various corrective actions. We believe that pricing aggression by peers could force VOLT to steadfastly defend its leadership, which would pressurize its industry-leading margin structure. We trim our earnings estimates by 12%/11% for FY23E/24E. We maintain ADD rating on the stock with a revised target price of Rs1,155 based on the SOTP method (P/E of 50x/15x for UCP/Projects business on FY24E earnings + Rs90 for Voltas-Beko JV)."

Meanwhile, on Havells India, Aniruddha Joshi, Manoj Menon, Karan Bhuwania, and Pranjal Garg, Research Analysts at ICICI Direct in their note said, "Havells reported strong revenue growth of 32.6% and 33.3% YoY in Q4FY22 and FY22, respectively. We remain enthused by its strong volume growth of 20% YoY. However, the gross margin was down 818bps YoY due to (1) revenue mix deterioration (Lloyd contributed 21.7% of total sales), (2) steep commodity inflation and (3) limited price hikes."

ICICI Direct analysts said that Havells India took negligible price hikes in Q4FY22 as it had already raised prices aggressively in earlier quarters. Thus, it has not yet entirely passed on cost inflation which has affected the gross margins. It will further wait for some time to raise prices.

"The company plans to expand its manufacturing capacity for RAC and C&W segments in FY23. We believe healthy volume growth of early teens will likely continue and model Havells to report revenue and PAT CAGR of 17.1% and 27.2% over FY22-FY24E. We remain structurally positive on the company due to its competitive advantages and growth opportunity in consumer durables. Maintain BUY with a DCF-based target price of Rs1,644 (53x FY24E EPS)," ICICI Direct analysts said in their note.

This Rakesh Jhunjhunwala-led Tata stock has potential for upside ahead. 4 key trigger points
In Q4FY22, Tata Motors posted a net loss of ₹1,033 crore for the quarter ending March 31, 2022 (Q4FY22) -…

This comes on the back of better-than-expected margin performance in its fourth quarter results (Q4FY22).

Livemint
Aluminium price fall takes the sheen out of Hindalco