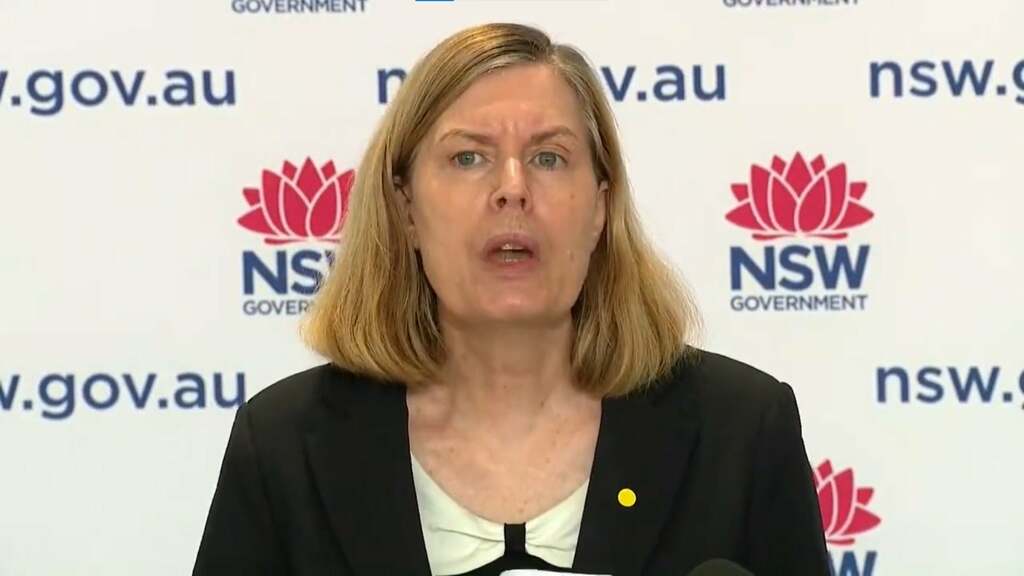 Conspiracy theorists are beside themselves with joy after finding “evidence” about the “New World Order” theory, after an Australian government official (seemingly unwittingly) used the phrase.

In a press conference about the Sydney’s plan to ease lockdown restrictions that have been in place since July to deal with the Delta variant, South Wales Chief Health Officer Dr Kerry Chant said measures such as contact tracing may have to be retained in a “New World Order”.

She said: “We will be looking at what contact tracing looks like in the New World Order”.

"We will be looking at what contact tracing looks like in the New World Order" - Dr. Kerry Chantpic.twitter.com/enYwQ9yJH2

Tinfoil hats in tow, conspiracy theorists took to Twitter to share the clip, claiming Chant was admitting that there is a ‘New World Order’ - a theory which believes a secret totalitarian movement is slowly taking over the world to eliminate all our freedoms (like anyone has the time).

Always funny when they are forced into these desperate denials.

Oh nothing to see here… just another conspiracy theory becoming reality….move along.. move along

SHE ACTUALLY SAID IT!

Dr Kerry Chant speaks about "The New World Order" - but yeah, we are the conspirasy theorists. https://t.co/OujxB10Xff

Even Laurence Fox appears to have believed she was referencing the conspiracy, because he really needs more contrarian opinions.

Australia will be having contact tracing in the “new world order”. They are just working out what that will look like. The spokesperson actually says those words.... #australiahasfallen #NoVaccinePassportsAnywhere pic.twitter.com/buq5uFgqh3

Others did, however, point out that it wasn’t necessarily very helpful of her to use the name of a widely-shared conspiracy theory while giving out public health information:

If you're a public health official discussing Covid containment measures in a televised briefing, do not use the phrase "New World Order", a well-known conspiracy theory about an authoritarian world government, in any context, ever. pic.twitter.com/x5SBqhVWV4

New World Order is trending. What could possibly go wrong?

Government officials would be well advised avoid phrases like “the new world order” when they’re talking at press conferences about massive limitations on people’s freedoms.

innocent turn of phrase from her, but it's blowing up conspiracy channels on social media. LOTS of comments about it on Scott Morrison's Facebook Live just now

According to group the Anti Defamation League, ‘New World Order’ conspiracists also commonly believe that the US government has built secret concentration camps ready to house dissenters and that the government will declare martial law, possibly on a pretext such as responding to a terrorist attack. They also think the government may confiscate guns. The horror.

Twitter, meanwhile, flagged the term as being part of an “unfounded conspiracy theory”.

But the phrase has also been used in political contexts to describe the shifting sands of international relations. In 1991, then President Bush used it when talking about the Gulf War. Before then, it was used after the First World War by then President Wilson to describe a new peacetime era. It was also used in the Second World War and it seems pretty unambiguous that Chant was using the phrase to describe a world after coronavirus - like the much loathed “new normal”.

Two holes-in-one in same round not a fluke, says 15-year-old