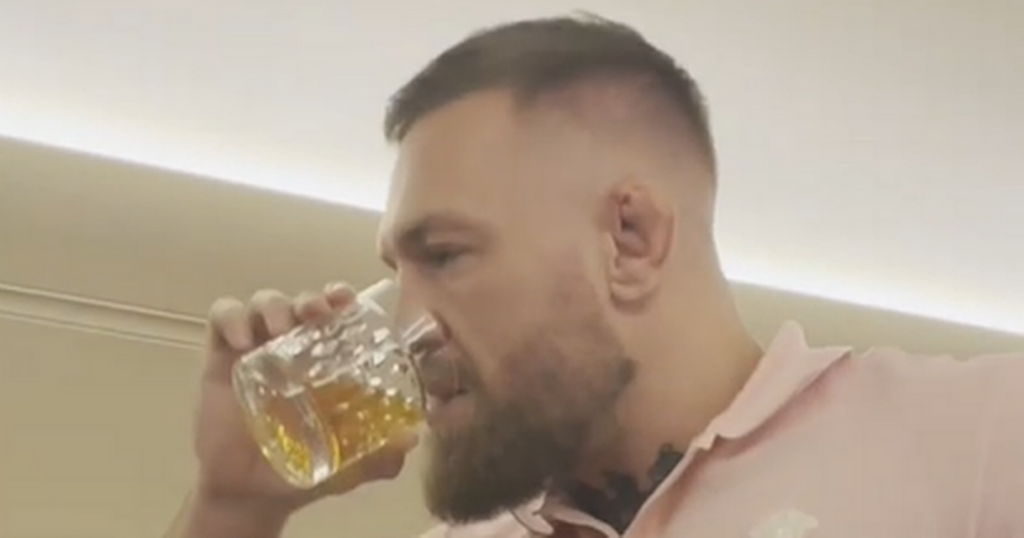 Conor McGregor paid tribute to the victims of 9/11 as he flew into New York on the 20th anniversary of the terrorist attacks.

The UFC star poured four glasses of his Proper 12 Whiskey as those on board the private plane remembered the people who lost their lives in 2001.

Speaking in a video posted on Instagram, McGregor said: "We're flying into New York City here tonight on the 20-year anniversary of 9/11.

"I just want to pour this glass of Proper 12 in remembrance for people 20 years ago who lost their lives, for the people who fought to save lives, for the many families that were impacted and still are impacted by this.

"I want to just say may we never forget and I want to even say on the 20-year anniversary that we all collectively renewed a pact to never forget. God bless."

McGregor had been recovering in Los Angeles from the horror leg break he suffered in his trilogy fight Dustin Poirier in recent months, before jetting to New York on Saturday.

The Dubliner is set to attend the MTV Video Music Awards at the Barclays Centre in Brooklyn on Sunday.