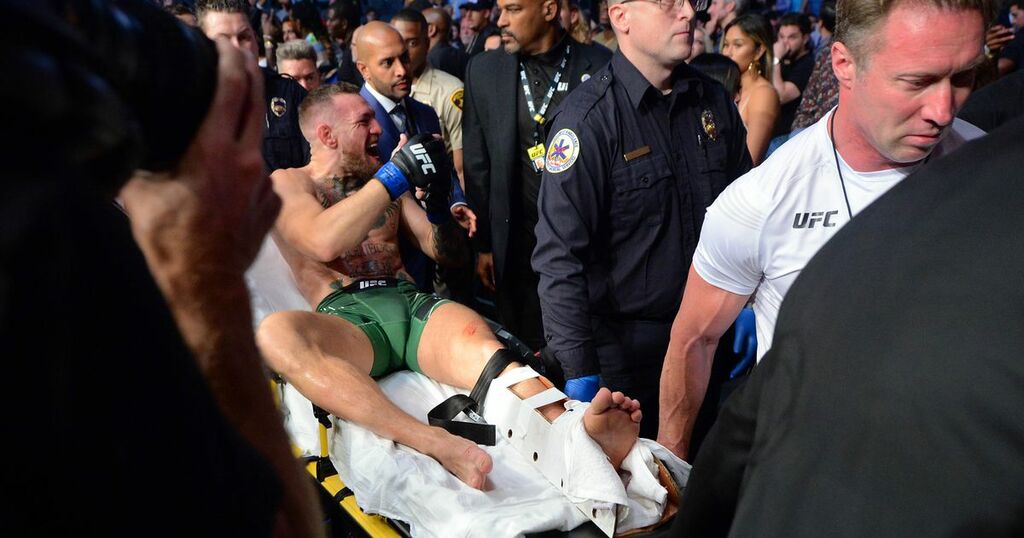 Conor McGregor feels like he could kick again, just two months after suffering a potentially career-ending leg break in his trilogy bout with Dustin Poirier.

The Irishman has quickly resumed walking and was able to stroll around the MTV Video Music Awards in New York on Sunday assisted only by a cane.

And he believes that he will return sooner than expected, saying that he believes he could be kicking again right now, just a few weeks since the gruesome injury.

McGregor admitted that the injury had put him in a dark place, but also that it has inspired him to come back better than before.

The Irishman has a legendary career in the octagon, winning the UFC featherweight and lightweight titles simultaneously after completing the feat on the regional scene in Cage Warriors.

But he has struggled to regain his form since making an astronomical sum for his boxing crossover fight with Floyd Mayweather in 2017.

“I was upset for a little while, it’s not been easy,” McGregor continued. “There’s been a few ups and downs on this, it’s probably one of the wildest things that’s ever happened to me in my life.

"It’s not been fun, smooth sailing, but I got through it. I’ve had my family, my close team by my side, and we’re getting there.

"Still a long way, I don’t want to get too ahead of myself, like I said I feel like I can kick now, I’m not advised to kick yet.

"But I’m going to get back. You think a broken bone is going to stop me? Think again.”

McGregor suffered the injury during a heated battle with Poirier at UFC 264 on July 10, which was marred by controversy in the build-up.

Who should Conor McGregor fight when he returns to the octagon? Let us know in the comments section!

The Irishman made vicious taunts towards his rival, over whom he holds a KO victory from 2014, after having been knocked out in their January rematch.

They were cordial heading into the second fight, but when Poirier attempted to discredit McGregor by making his hesitance to donate to the American's charity 'The Good Fight Foundation', the feud got heated once again.

Poirier and McGregor's second and third fights were huge pay-per-view attractions, with the trilogy attracting particular attention as a real "do or die" fight for the Irishman.

And while it remains to be seen who McGregor will fight when he does inevitably return to the octagon, Poirier's next bout is reportedly almost signed.

He will face Charles Oliveira in December for the lightweight title at UFC 269, with no venue confirmed as yet.