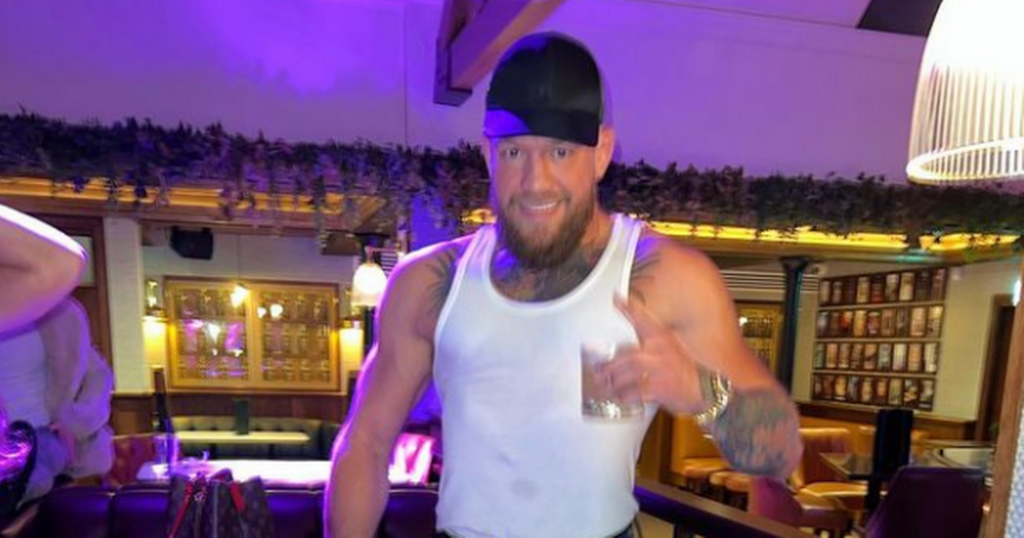 Conor McGregor fans have expressed their concern for the UFC star over one of his recent Instagram posts.

The Dubliner shared a video of himself spinning an empty pint glass in his pub on Tuesday as he enjoyed drinks with friends.

McGregor has been recovering from a horror leg break he suffered in his trilogy fight with Dustin Poirier last summer and is expected to return to the octagon later this year.

But fans fear that the former two-weight champion could struggle to get back to near his best if he doesn't ditch the booze for the gym soon.

One said: "Stop drinking and start training like a champ again."

Someone else commented: "Drinking a lot these days champ!!!"

Another comment read: "Love ya Conor but you're slowly fading into obscurity. You need a comeback and to win 3-4 in a row. Then you will help your legacy and your business."

Someone else posted: "Drinking too much Conor."

One other person said: "Drinks and smokes won’t win but suppose legacy isn’t important when you're getting the money you get."

McGregor revealed ahead of his 2020 fight with Donald Cerrone that he had been off the booze for four months prior to the bout before adding that he was drinking during fight week before his 2018 defeat to Khabib Nurmagomedov.

He explained: "I was drinking on bleeding fight week with the last one.

"I had this venom in me or something. I don’t know why. I had people holed up in a hotel from that part of the world.

"I would ring [them] and arrange a fight. So they’d come from the hotel down to the gym and have a full-blown fight, no head guard. A fight. I’d win.

"We’d have a war and I’d win, knock the guy out and then I’d go off and celebrate, and then I’d come back in three days."

McGregor could incredibly return to action in a title fight with lightweight champion Charles Oliveira despite losing twice to Dustin Poirier last year.

Former UFC light-heavyweight and heavyweight champion Daniel Cormier believes fighting for the belt in his first bout back would annoy a lot of fighters, but says he "can see a world where it happens".

"Honestly, I really do believe that there are different rules in regards to Conor," Cormier told The Schmo.

"And people might not like it, people may hate it but if he is healthy and he starts to chirp and Oliveira is chirping back at him and there is fan interest, I can see a world where it happens.

"But again it would make so many people upset - ultimately a lot of times it comes down to dollars and cents."