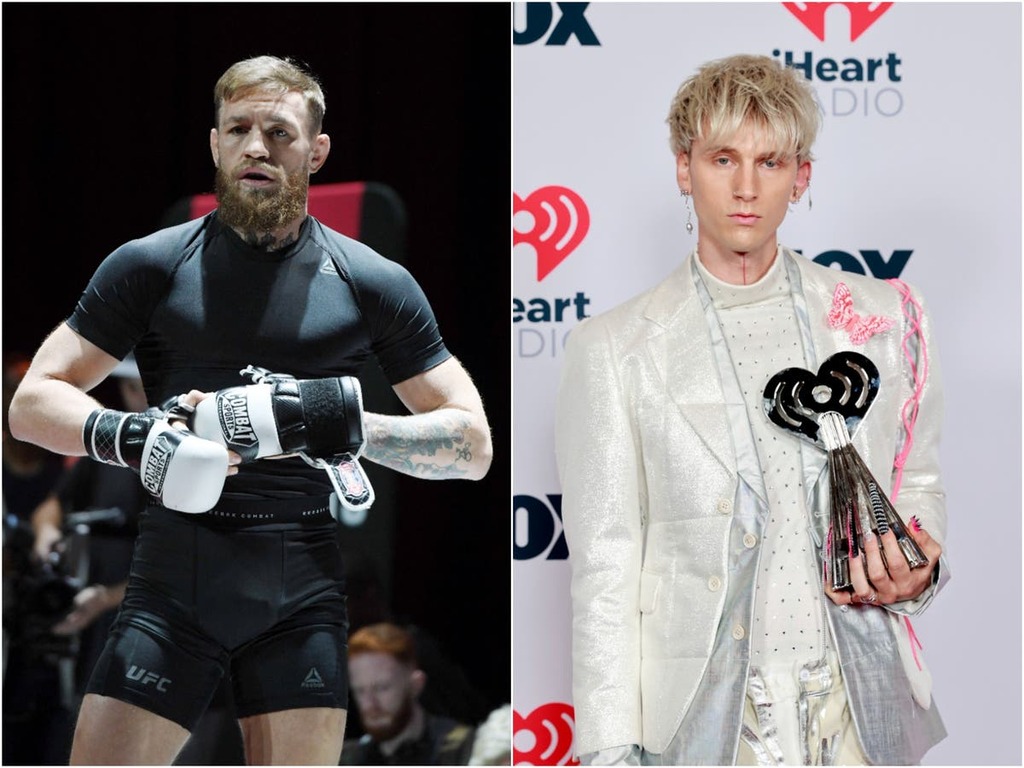 Conor McGregor has denied reports that he got into an altercation with Machine Gun Kelly at the MTV VMAs on Sunday (12 September).

The two were filmed exchanging words with McGregor ultimately throwing his drink at Kelly and his girlfriend, actor Megan Fox.

But McGregor now denies any claims of an altercation, telling Entertainment Tonight: “Nothing happened with me, I only fight real fighters, people that actually fight, you know what I mean.”

The former UFC champion continued: “I certainly don’t fight little vanilla boy rappers. I don’t even know the guy. I don’t know anything about him, except that he’s with Megan Fox.”

Sportsman McGregor was at the music awards ceremony to present an award to his friend, Justin Bieber.

In the videos circulating social media, security can be seen parting the two men with McGregor throwing a punch that doesn’t land.

It was originally reported that the clash erupted after McGregor asked Kelly for a photograph but his representatives deny this: “Conor McGregor did not ask anyone for a picture, nor did he instigate this incident. He does not know Machine Gun Kelly, outside of the fact that he attended Conor’s fight this past July.”

McGregor, who is currently recovering from a severe ankle injury he suffered from his last fight during the summer, was spotted with a walking stick at the ceremony.