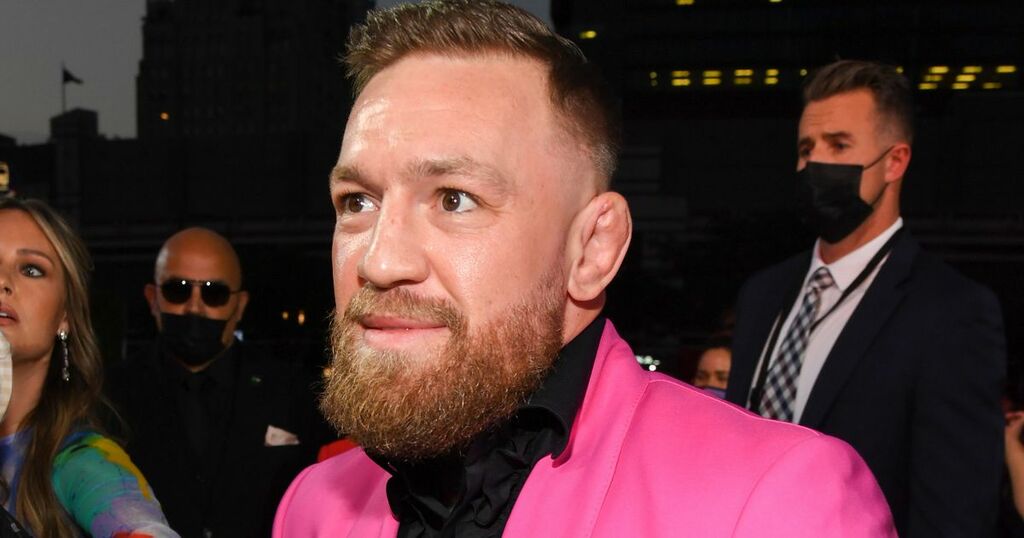 The 33-year-old UFC champion has taken a savage swipe at the musician, calling him a ‘little vanilla rapper boy’.

The Irish MMA star’s dig comes after the pair were both held back by security on the red carpet at the Barclays Centre in New York.

Conor was joined by his partner Dee Devlin while the Bad Things hitmaker arrived with his girlfriend Megan Fox as the couple’s posed for pictures before the scuffle happened.

Lifting the lid on how it all started, Dublin-born Conor insisted that ‘nothing happened’ and he didn’t even know who Machine Gun Kelly was.

“Nothing happened with me, I only fight real fighters, people that actually fight, you know what I mean.

“I certainly don’t fight little vanilla boy rappers. I don’t even know the guy. I don’t know anything about him, except that he’s with Megan Fox.”

Machine Gun Kelly, whose real name is Colson Baker, was also quizzed about the alleged altercation but refused to comment on the matter on the night.

Despite Conor’s denial, another eye-witness told Page Six that the sports star was ready to ‘throw fists’ as tensions between the pair escalated on the red carpet.

“They scuffled then it settled down and Conor went for him again,” the source shared.

“McGregor was ready to throw fists. Security was having trouble holding him back.

“Everyone was screaming,” they insisted.

While there were tensions on the red carpet, it was a different story when both stars made it into the ceremony.

McGregor, who was walking with a cane after suffering a serious leg injury in his latest fight, took to the stage to award Justin Bieber his artist of the year prize.

Meanwhile, Machine Gun Kelly was among the winners, taking home the prize for best alternative in recognition of his song My Ex’s Best Friend.

His Hollywood girlfriend Megan Fox cheered from the audience after raising eyebrows on the red carpet in a skintight, transparent dress which did wonders to accentuate her famous cruves.

Megan and Machine Gun Kelly have been dating for over a year, after falling head over heels for another before the pandemic.