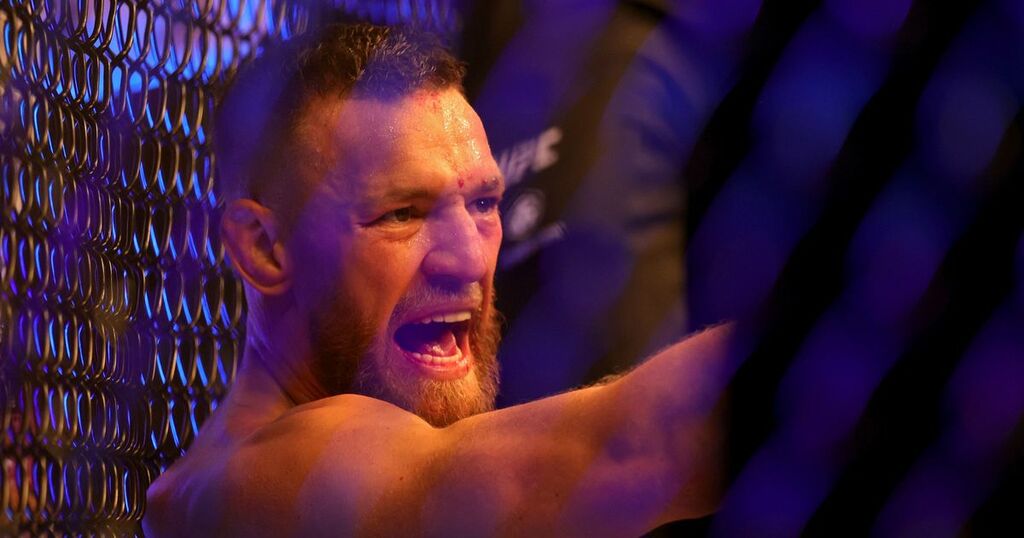 Conor McGregor has branded his UFC rival Khabib Nurmagomedov a "smelly inbred" after the pair's recent spat on social media.

McGregor has been involved in a bitter feud with Nurmagomedov ever since their title fight in 2018 that resulted in a riotous post-fight brawl.

The Irishman has regularly reignited his feud with Nurmagomedov even following the Russian's retirement from MMA earlier this year.

Nurmagomedov took a dig at McGregor over an incident between a group of Dagestani men who allegedly attacked a girl, but were defended by a man who was awarded the Departmental Medal of Valour and Courage.

The Russian posted a picture of McGregor captioned: "Where is my medal from Bastrykin? I was also beaten by Dagestanis in a crowd."

A Twitter user criticised Nurmagomedov for mocking McGregor due to the nature of the incident, which the Irishman quote tweeted and wrote: "He's a smelly inbred."

McGregor's dismissal of his rival wasn't done there, as he brought up their run-in before UFC 223 when McGregor attacked a bus that Nurmagmedov and several other UFC fighters were on.

He tweeted a picture of Nurmagomedov on the bus captioned: "Where is Khabib’s “s*** in his pants medal” ? He need this for s*** his pants 10 rows back."

Nurmagomedov's manager, Ali Abdelaziz, was quick to defend his fighter and reply to McGregor's "inbred" comments.

He replied: "You’re drinking again boy; he take your soul but never give it back. Punk b****."

HAVE YOUR SAY! Has McGregor gone too far with his recent comments? Tell us in the comments section

McGregor escalated the argument by responding with a laughing emoji accompanied by a picture of a search engine question about inbreeding in Nurmagomedov's native Dagestan.

To which Abdelaziz said: "Here we go again insulting people's nation and religion. This is not funny, [it is] my dream to see you in person."

And McGregor then finished by telling Abdelaziz: "I hate you bro. When you die I celebrate."

After his UFC 264 loss to Dustin Poirier, McGregor seemingly mocked the death of Khabib's father Adbulmanap - who passed away last year after coronavirus complications.

He said: “When he talked about this, only evil can talk about your father, wife, kids, religion.

“If you’re a normal human, you’re never going to talk about this stuff. For me, I think he post this tweet (while) drunk too much or (he was doing) something.

"Then the next day, he always delete these tweets. When he become normal life (he looks at his phone) and says, ‘Oh, look what I did.’ Then he delete.

"This is my opinion what he do all the time. When someone is not with us – he is not even alive – this shows what you have inside. This shows how dirty you are."