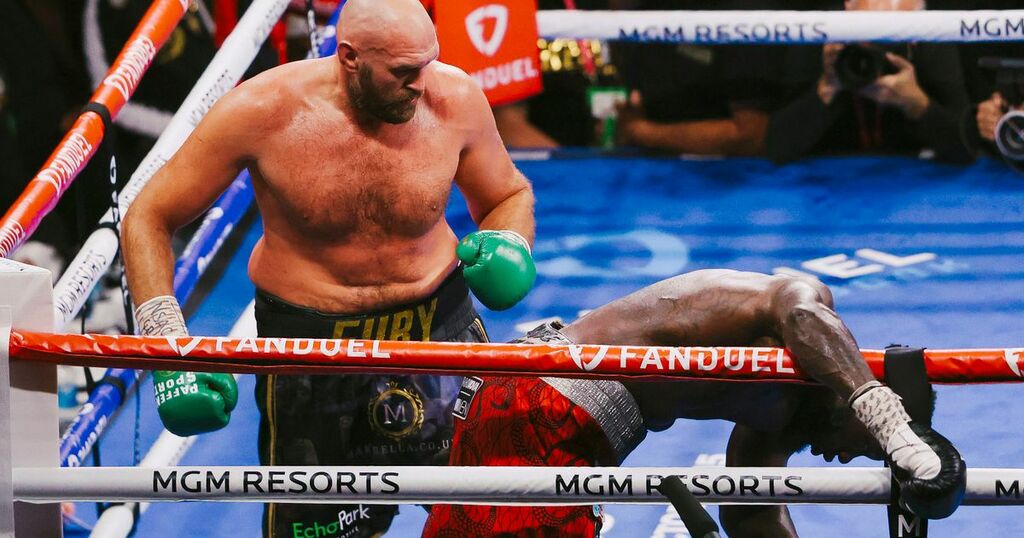 Conor McGregor made sure to take a swipe at UFC rival Dustin Poirier while congratulating Tyson Fury for his knockout win over Deontay Wilder.

Fury overcame two fourth-round knockdowns to get a stoppage in the penultimate round as the Las Vegas crowd were treated in a fight for the ages against two titans of the sport.

It’s the second fight between the pair in which Fury scored a knockout in what has been a trilogy to remember between the two rivals.

The hype for the fight was justified and McGregor tweeted the pair on Sunday afternoon to hail both fighters.

“Me and [wife] Dee are so happy for you and the kids. Congrats Deontay and [fiance] Telli also. Was great meeting you guys recently. A real proud showing that was, and could have went either way. Amazing!

"Happy Sunday now today with the cheddar and the memory’s God bless."

He added: “Great fight that. Both warriors, both winners. Hard to not be impressed with Deontay there. Against the much larger man and almost got it done. Great fight. 40lb’s in weight difference is A LOT.

"Fair play both men there, very enjoyable fights they have had together. Respect.”

Amid the praise, McGregor took a cheap shot at Dustin Poirier.

Poirer and McGregor had their own trio of bouts, with the last ending with the Irishman suffering a horrific leg injury, leading to the ringside doctor stopping the fight.

“Their skill levels are unique but very close,” McGregor added in a third tweet. “A great heavyweight trilogy that was. I love when it gets set for certain and both have an honorable [sic] showing. Not the fam in the ring fake celebrating after a freak injury etc etc you know the gig, God bless the real in this world.”