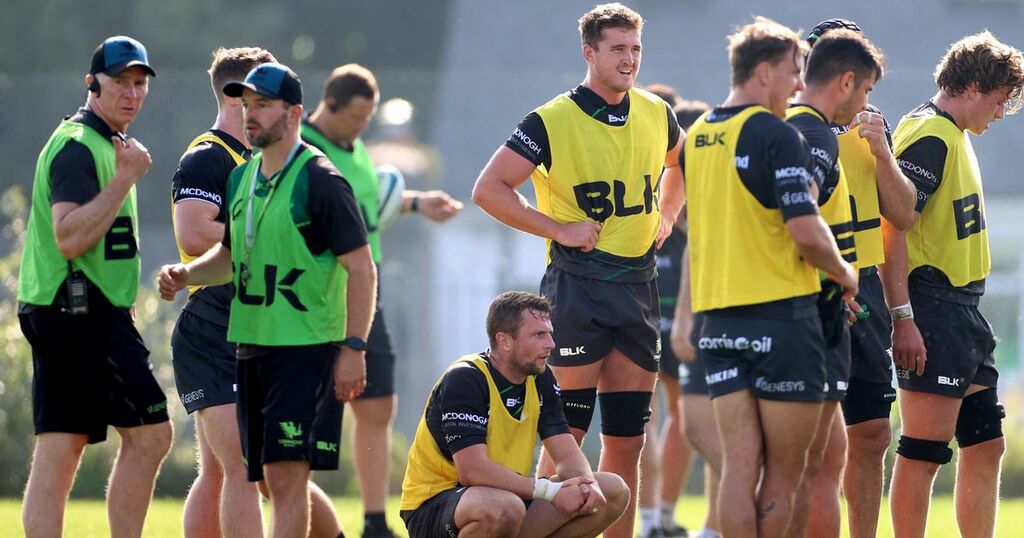 Connacht and London Irish meet in a pre-season clash in Galway on Friday evening.

Jack Carty captains Connacht from out-half with Kieran Marmion alongside him. There’s a start at outside centre for new arrival Shayne Bolton who has Tom Daly alongside him, while John Porch, Diarmuid Kilgallen and Tiernan O’Halloran make up the back three.

The front row consists of Jordan Duggan, Shane Delahunt and Jack Aungier, while Ultan Dillane comes into the second row for his first run-out of the season, starting alongside Oisin Dowling. A back row of Cian Prendergast, Conor Oliver and Paul Boyle completes the starting-lineup.

There are 13 replacements in all, including Academy player Ciaran Booth.

Connacht are streaming the game live on YouTube and you can watch it in the video at the top of this article.