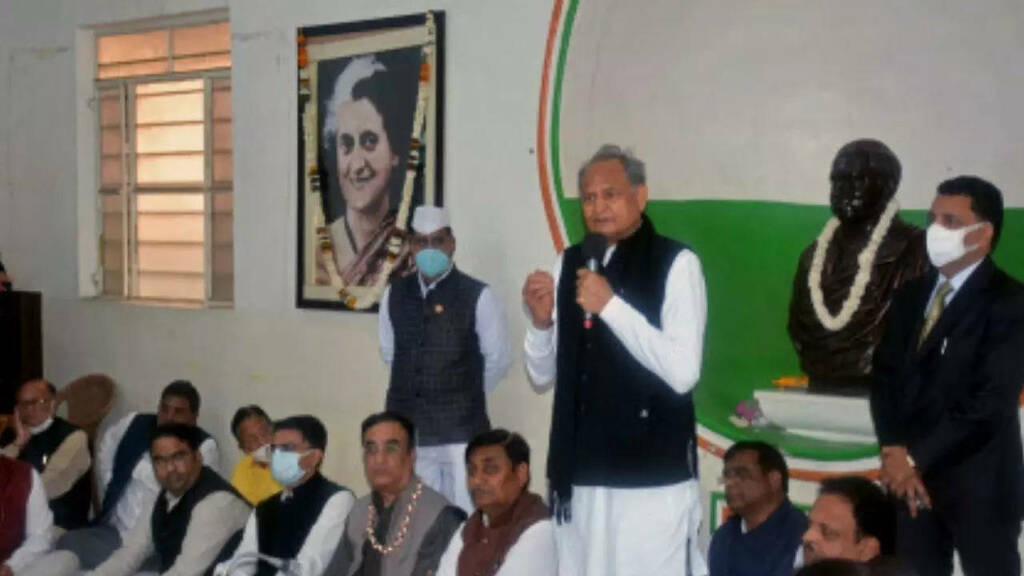 JAIPUR: Rajasthan chief minister Ashok Gehlot said that the Congress party will once again emerge victorious in the 2023 assembly polls in Rajasthan and form the government.

His remarks came as 15 MLAs on Sunday took oath as ministers in the Rajasthan government.

"We will all unite and take the policy, ideology and programmes of Congress to the common people under the leadership of Sonia Gandhi and Rahul Gandhi and win the 2023 assembly polls on the issue of development and form the government again," said Gehlot in a tweet.

In another tweet, he wished all the MLAs taking oath as cabinet ministers and said that the government has provided sensitive, transparent, accountable governance to the people and has taken the state to the path of development despite the adverse circumstances.

"During our term, people have put a stamp of approval on our governance by giving victory to the Congress party in various by-elections and local bodies elections. We all have to maintain this trust of the public in the times to come. For this, the work has to be continued with full hard work and dedication," he added in another tweet.

The oath-taking ceremony to induct 15 new ministers in Rajasthan assembly was held on Sunday afternoon. Rajasthan Congress chief Govind Singh Dotasra had shared a list of 15 MLAs who took oath on Sunday. He said three ministers will be elevated to cabinet rank. Rajasthan governor Kalraj Mishra administered the oath to the new ministers.

Murari Lal Meena, Zahida Khan, Rajendra Singh Gudha and Brijendra Ola took oath as ministers of state while others were inducted as cabinet ministers. Six of the new ministers are seen as belonging to the Gehlot camp.

Earlier on Saturday, all ministers of Rajasthan had submitted their resignations to the chief minister.