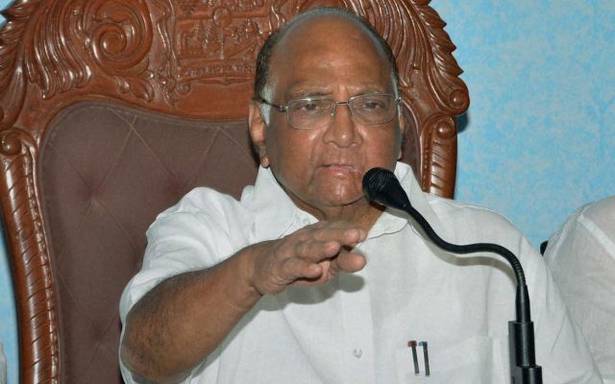 The NCP on Monday asked the Congress to take in a positive way Sharad Pawar’s criticism over the state of affairs in the Sonia Gandhi-led party, and said everyone should contribute towards his efforts to unite the Opposition parties against the ruling BJP in the country.

Both the NCP and the Congress are part of the Shiv Sena-led ruling combine in Maharashtra.

Mr. Pawar last week told a news portal that the Congress is like an impoverished landlord who cannot look after his house anymore.

He had also said that on the issue of leadership, Congress leaders were very “sensitive” and not open to any suggestions.

This had later evoked a sharp reaction from Maharashtra Congress chief Nana Patole.

On Monday, Maharashtra Minister and the NCP spokesman Nawab Malik, without taking any names, wondered why were leaders quitting the party (Congress) and winning State elections on their own? “Pawar highlighted this through his criticism and the Congress should take it positively. Everyone, including the Congress, should contribute towards Pawar’s efforts to unite the Opposition parties against the BJP,” he said.

Mr. Pawar had last week said, “There was a time when the Congress had presence from Kashmir to Kanyakumari...we agree. But that is not the situation now.” “A Zamindar (landlord) in Uttar Pradesh once owned huge tracts of land and a Haveli (mansion). Then he lost most of the land....the Haveli stands but he can’t repair it...he says all that land belonged to me, but it is in the past,” the NCP chief had said.

However, Maharashtra Congress chief Nana Patole later claimed that leaders who were entrusted with power by the party eventually betrayed it.