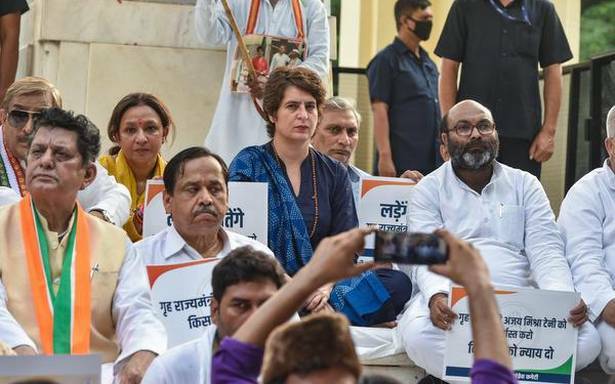 A seven-member Congress delegation, led by former party chief Rahul Gandhi, will call on President Ram Nath Kovind on Wednesday to hand over a “memorandum of facts” on the Lakhimpur Kheri incident.

The delegation has been given an appointment for an 11 a.m. meeting.

For over a week now, the Congress has been demanding the resignation or sacking of Union Minister of State for Home Affairs Ajay Mishra Teni.

The principal Opposition party alleged that Mr. Mishra’s son, Ashish, was driving the vehicle that allegedly crushed four farmers under its wheels and the Minister had earlier used threatening language against protesting farmers.

While the Minister’s son now been arrested by the Uttar Pradesh police, the BJP’s top leadership has been silent about any action against the MoS Home Affairs.