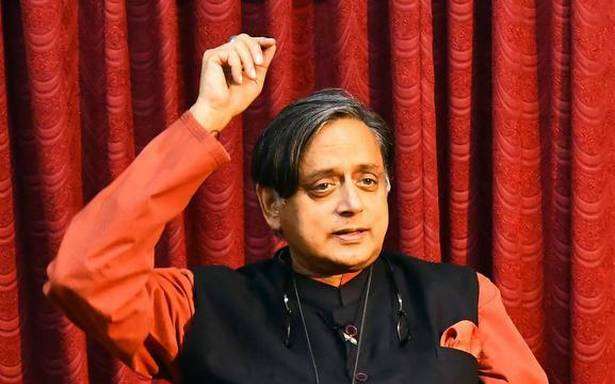 MPs of the Kerala's ruling CPI(M) and opposition party Congress on Thursday slammed a Delhi University professor's "mark jihad" remarks against the southern state's education board, terming it as "ridiculous" and sought condemnation by the Centre.

After a large number of students from Kerala applied to DU colleges for higher studies with good marks, Rakesh Kumar Pandey, a member of RSS-affiliated teachers' body National Democratic Teachers' Front, had criticised the Kerala Education Board, calling it a "marks jihad".

While Congress MP Shashi Tharoor described it as "ridiculous", CPI(M)' Rajya Sabha member John Brittas shot off a letter to Dharmendra Pradhan, Union Minister for Education, urging him to take disciplinary and legal actions against Pandey for his "highly deplorable, defamatory and communal remarks".

"The use of "jihad" as a synonym for any trend you don't like is exceeding all limits: now a DU teacher has got attention by absurdly decrying #MarksJihad!," Mr. Tharoor tweeted, sharing the link of a news report carrying Pandey's controversial remarks.

"I've always decried the over-reliance on marks as the main criterion for DU admission, but this is ridiculous. If "Jihad" means a struggle (with yourself above all), the Kerala students scoring 100% have struggled against the odds to get to DU. Interview them first if you wish before letting them in, but don't demonise their marks! This anti-Kerala bias must end now!", the Thiruvananthapuram MP said.

In his letter to Mr. Pradhan, Mr. Brittas said at no stretch of imagination, those comments can be considered as accidental but are intended to defame Kerala and to create polarization in the society.

"In these circumstances, I request your good self to initiate urgent steps for ensuring exemplary punishment against the delinquent professor, both penal actions as well as departmental actions", the RS MP wrote.

He also urged the Minister to issue a strong condemnation by the Education Ministry against Mr. Pandey's comment.

In a statement on Wednesday, Mr. Pandey had alleged that "the invasion of Kerala board students with perfect 100 per cent marks cannot be considered as unplanned." "It hints at something that must be investigated. There is no way that one can accept this inexplicable flow of students from the Kerala board as normal. Majority of these students are comfortable neither in Hindi nor in English. All these students do not have 100 per cent marks in Class 11," Pandey had said, calling it a "marks jihad".

Over 100 admissions of students of the Kerala board were put on hold by the Delhi University (DU) over a confusion related to their marksheets, but the matter was resolved after officials contacted the board in the southern state, sources had said on Wednesday.

Amid a large number of students from the Kerala board applying to DU colleges, that too a majority of them being perfect scorers, an issue over their marksheets had risen on Monday, leading the admission branch of the university to direct the colleges to put the admissions on hold.

A majority of these admissions had taken place in north campus colleges, the sources had said.