Congress not to oppose Mamata in Bhabanipur 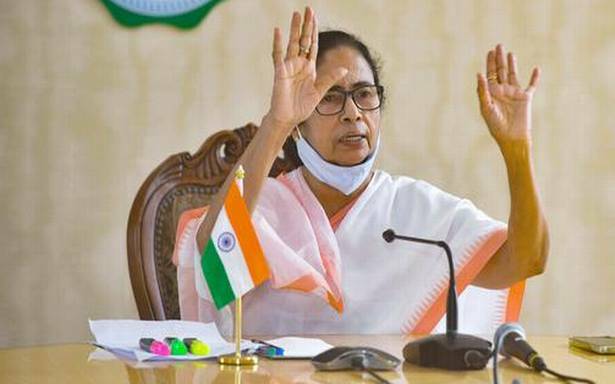 The Congress high command has decided not to field any candidate against Bengal Chief Minister Mamata Banerjee in the upcoming by bypoll, party leader in the Lok Sabha Adhir Ranjan Chowdhury said on Tuesday.

Ms. Banerjee, who narrowly lost to BJP’s Suvendu Adhikari from Nandigram in electins earlier this year, will contest from Bhabanipur to re-enter the Assembly.

“Our high command doesn't want to field any candidate in Bhabanipur from where the Chief Minister is contesting. As the president of the State unit, we have decided not to field anyone,” Mr Chowdhury told reporters in Kolkata.

As part of the seat sharing agreement between the Left parties and the Congress, the Bhabanipur seat was under the Congress.