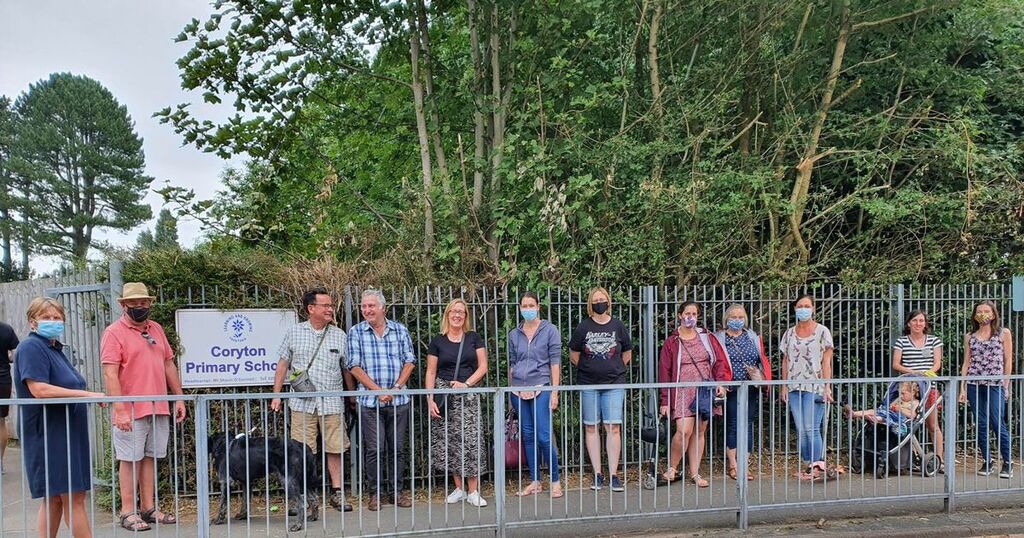 Parents worried about air pollution are demanding real-time air quality monitors at all of Cardiff’s 127 schools.

They say children are at risk from traffic and other air pollution walking to and at school.

The group of parents from 19 schools has written to Cardiff Council, Ministers and MPs calling for real-time air quality monitors to be fitted at all the city’s schools.

Read more: The areas of Wales that would be underwater and lost by 2050 based on current climate trends

Parents of pupils at Coryton Primary School, which is just 0.3 miles from the largest roundabout in Europe, Coryton Roundabout, said they are particularly concerned.

“Air pollution is a silent killer. We want to ensure clean, safe air for our children and all members of our communities,” said Michelle Gough, who lives in Coryton.

A petition signed by 800 parents and residents around Coryton Primary, which calls for a real-time air quality monitor at the school, was supported by Cllr Mia Rees at a full council meeting in July.

The campaigners said there is too little accurate data on the levels or effect of air pollution on children in the city.

Monitors in schools would mean any risks could be seen and addressed should excessive levels of pollution be detected.

Cardiff Council agreed “there is no safe level of air pollution when it comes to public health” but installing every school with an air quality monitor “might not be the best use of available resource”.

The letter, signed by 28 parents, points out that a recent study by Birmingham University ranks Cardiff ranks fourth-worst in the UK for air pollution.

It also cites the case of London schoolgirl Ella Kissi-Debrah, who died aged nine following an asthma attack. She became the first person in the UK to have air pollution listed as a cause of death.

An inquest at Southwark Coroner’s Court last December found that air pollution “made a material contribution” to the child’s death. Coroner Philip Barlow said Ella had been exposed to “excessive” levels of pollution, including nitrogen dioxide (NO2).

Siân Stephen, who has a daughter aged five and a son aged three at Ysgol Glan Ceubal is worried about traffic pollution on the walk to school through Llandaff North.

“The traffic backs up and you have cars idling. We all understand much better now the effect of air pollution on health and we need evidence so we know what we need to do. We need to know the scale of the problem in and around schools,” she said.

Alice Macintosh, whose son attends Coryton Primary, said one option would be to have traffic bans around school pick up and drop off times.

“We have to walk along really busy roads to get to school. Soon we will also have HGVs going passed the school gates to build the new Velindre development.

“We need to have air pollution monitors. Our school is right next to the motorway. We need to know what effect that has.”

She also suggested a “no car zone” for the Hollybush Estate for half an hour at school times to help reduce pollution breathed in by children.

Virgine Reuter, whose 11-year-old son has just moved up to Whitchurch High from Coryton Primary, is worried about the possible future effect on him and others of breathing in traffic fumes on the walk to school.

“He walks twice a day along Pendwyallt Road and Park Road which get very congested. The council encourages people to walk to school.

“We don’t really know what the effect of this air pollution is. It can cause a range of health issues from heart disease to asthma.

“I worry a lot about it. Maybe they could restrict traffic around schools at opening times. It is the unknown effect of this in the future which is worrying.”

Cardiff Council said in a statement: “We do understand why parents are calling for monitoring at 127 schools but our data suggests that this might not be the best use of available resource.

“Air-quality monitoring for NO2 around schools in Cardiff began in 2018, after the environmental lobby group Client Earth claimed nine schools were likely to have air pollution issues.

“Their assumptions were based on modelled data, rather than actual monitored data. The results of the council’s monitoring indicated that none of the schools had elevated NO2 concentrations, with each school having NO2 levels significantly below the air quality objective for NO2.”

The council said the nine schools monitored for two years were:

Responding to complaints from the campaigners Cardiff Council added that Cabinet Member for Strategic Planning and Transport Cllr Caro Wild was wrong when he told the last full council meeting that Cardiff schools already have monitors.

Some have nitrogen dioxide (NO2) diffuser tubes but none have live air quality monitors.

The council said in a statement: “At the last full council meeting Cllr Wild was asked a supplementary question about air quality monitoring at schools, which isn’t directly under his remit, and he made an honest mistake when responding. He will correct any errors and apologise to the councillor concerned at the next Full Council meeting.”

There are 15 schemes where roads outside schools are shut to stop parents dropping their children off at the school gates during morning and afternoon pick-up times. These are accompanied by air-quality monitoring to assess each scheme’s impact.

Five further School Street initiatives will be installed in the autumn, and more schemes are being planned.

Pavements are being widened in some areas to make walking and cycling to school easier.

45 schools have signed up to the walk-to-school challenge.

“No safe level of air pollution”

Cardiff Council said in a statement: “The council recognises there is no safe level of air pollution when it comes to public health.

“As part of its commitment to improving air quality in Cardiff a variety of steps to reduce air pollution have already been introduced and many more plans are being considered.

“We understand why parents are concerned about how air pollution might affect their children around schools and we take this very seriously, which is why we have introduced a number of steps designed to improve air quality.”