Complete lockdown passes off peacefully all over Tamil Nadu 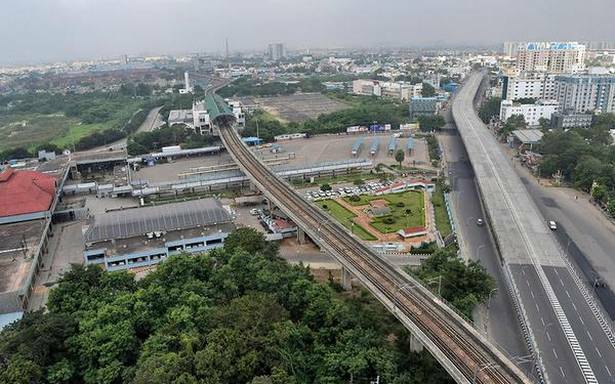 The first complete lockdown across Tamil Nadu this year to contain the spread of COVID-19 during the third wave passed off peacefully on Sunday, as people remained indoors except those who stepped out for travel and medical purposes.

Since food delivery and other such services were allowed to function, people could receive their essentials at home.

Those who headed to bus-stands, railway stations and airports were asked to produce a copy of their tickets during the vehicle checks.

Mr. Bedi said the lockdown in the city was expected to reduce the number of cases because 70% of the infections were contracted outside home, at social gatherings and public spaces. Chennai Corporation officials did not collect fine from violators as there was fewer persons on the roads.

Most of the one lakh commercial establishments along 40,000 streets in Chennai remained closed, except pharmacies and Aavin outlets.

A few commuters who were stranded in areas like Koyambedu were offered food at Corporation shelters for the homeless.

“We have 2,000 beds to accommodate the stranded persons in shelters,” said an official. After inspection of the checkpoints, Mr. Subramanian said the lockdown in Chennai was successful because of the cooperation of the residents and the traders.

During the surveillance in the Greater Chennai Police limits on Saturday, cases were registered against 5,971 persons for not wearing face masks and a total of ₹11.94 lakh was collected in fine from them. A total of 318 cases were registered for violation of the lockdown restrictions and 53 cases for not following physical distancing norms, and 761 vehicles that violated the standard operating procedure were seized, the police said.

More than 13,000 policemen were deployed in the Greater Chennai Police limits to monitor the movement of people. Checking was done at over 370 spots.

In Coimbatore district, wholesale and retail vegetable, fish and flower markets, restaurants and commercial establishments remained closed. Over 1,500 police personnel were deployed to enforce the lockdown. The police stopped vehicles from Kerala at border checkpoints. Vehicles plying for essential services and emergencies were allowed to enter the district, while others were sent back. The lockdown was almost total in Salem and Erode, too.

The lockdown was total across the central zone encompassing nine districts. Busy thoroughfares and highways wore a deserted look as public and private buses went off the roads. Freight carriers transporting essentials were allowed. Police personnel were deployed at vantage points to ensure compliance with the regulations.

Traders downed shutters and wholesale markets remained shut. However, pharmacies, outlets supplying milk and hospitals worked. The lockdown was complete all over the central zone, police sources said, adding that cases were booked against those found violating the restrictions and moving without any valid reason. Cases were also booked against those found not wearing masks.

The lockdown was peaceful in Vellore, Tiruvannamalai, Ranipet and Tirupattur districts, with around 2,750 police personnel deployed to enforce the restrictions. Key stretches were barricaded, and a team of four policemen manned each checkpoint. Only emergency and essential services were allowed to operate.

A total of 253 patrol teams were deployed in these districts. “Travellers, except those going for medical services, were asked to return at six border checkpoints. Drones were also used to ensure full compliance with the restrictions,” S. Rajesh Kannan, Vellore SP, told The Hindu.