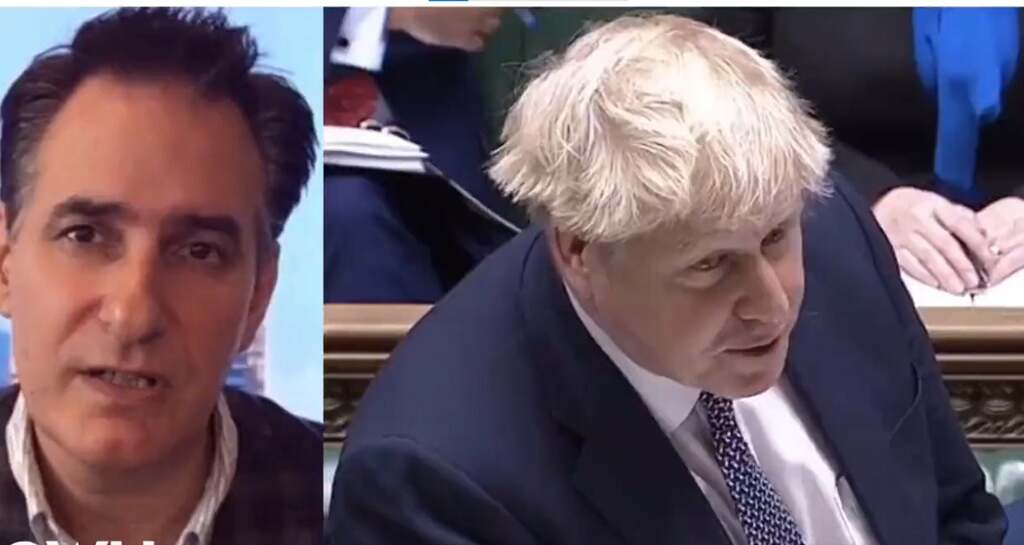 A viral video has pointed out the reasons why Boris Johnson claiming he thought that the party he attended during lockdown was a work event doesn’t really add up.

Posting on Twitter, Peter Stefanovic showed the clip of Johnson apologising in parliament today and saying he thought the event - which was planned as a BYOB garden party by his private secretary Martin Reynolds, as per an email leaked to ITV News - was “a work event” before outlining evidence that suggests the contrary.

Boris Johnson’s statement to Parliament on the NO 10’ “bring your own booze” lockdown party was filled with so much bull**** it could fertilize a field!

If you are still in any doubt the Prime Minister is taking the country for fools watch this! #PMQs pic.twitter.com/aaISz2eW4r

Stefanovic said: “It’s just complete b**locks,” before reading out the email sent by Reynolds which invited 100 members of staff to drinks “to make the most of the lovely weather” - not very work like.

He then played a clip of Hannah White, deputy director of the Institute of Government telling the BBC that “it’s extremely unlikely” that Reynolds could have sent the email “without the assent of the prime minister.”

“For the prime minister to try and wriggle out of this by saying ‘I thought it was a work event’ is beyond ludicrous,” Stefanovic said, before showing a clip of Keir Starmer making a similar point at PMQs today, then clips of numerous times in the past that Johnson claimed rules were followed when other alleged lockdown breaching parties were in the news.

At the time of writing, the video has been viewed over 70,000 times and people have praised Stefanovic - who has made a number of videos criticising Johnson in the past- for his analysis.