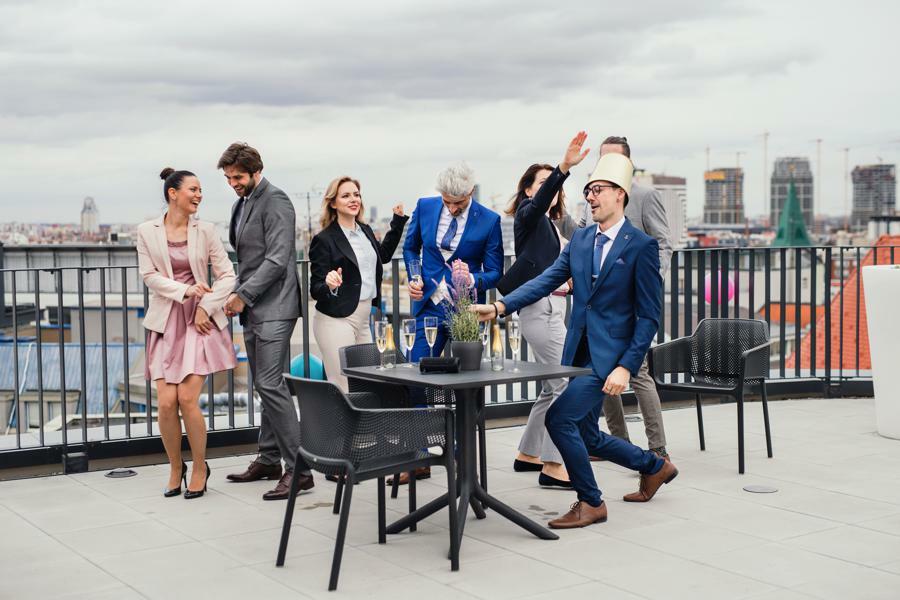 Once the restrictions were relaxed and states reopened, we saw something remarkable happen. The job market started bouncing back. It was different, though. You’d think that people who were unemployed or unhappy with their jobs would immediately jump on the first offer to get back to work or out from under the yoke of a rotten boss. Instead, we saw the emergence of the “Great Resignation” and “Great Realization” trends.

The nearly two-year ordeal of coping with a deadly virus made Americans reevaluate their lives, jobs and careers. People from all socioeconomic backgrounds started thinking about what they really want to do with their lives. Millions decided to quit their jobs or take time to figure out what is the next best step in their careers. They received the message loud and clear: we have only one life to live; it's short, precious and it's imperative to make the best of it.

This new philosophy has caused headaches for businesses. It made it harder for them to find workers. The U.S. government reported that there are over 10 million new jobs open. This number is larger than the amount of people in between positions. Despite the plethora of jobs, people are taking their sweet time to find the perfect fit.

In an effort to entice people to join their companies, businesses have resorted to something we haven’t seen. They are offering lush sign-on bonuses of up to up to $100,000 to attract top talent. According to GlobalData, a leading analytics company, “A supply crunch for talent has pushed companies to go the extra mile and offer sign-on bonuses that can extend to an impressive $100,000 for specialty jobs.” GlobalData added, “Advertisements offering a sign-on bonus have increased across all sectors by a whopping 454%, from 10,312 positions in August 2020 to 57,123 in August 2021.”

As you can imagine, the healthcare sector saw the most sign-on bonuses “with a particular focus on registered nurses.” Ascension Health Alliance posted a job seeking a “Physician of Neurology Multiple Sclerosis” in August 2021 that said it will pay a sign-on bonus of up to $100,000. A similar bonus was offered by Midwest Dental for its “General Dentist—Dubuque” role.

Automotive technicians and repairers, animal caretakers, barbers and hairdressers and cosmetologists since July 2021 have seen bonuses skyrocket too. Banfield Pet Hospital is offering a bonus of up to $60,000 for veterinary-related roles.

Target announced that it's offering a substantial benefit to attract and retain workers. The large retailer will take care of the  cost of college tuition, fees and textbooks. The employees will have access to around 250 mostly online programs offered by about 40 colleges and universities.

The Minneapolis-based chain will extend this offer to it's 340,000 full and part-time workers.  Additionally, Target plans to help their staff with student debt.

Walmart previously announced at the end of July that it will “pay 100% of college tuition and books for associates through its Live Better U (LBU) education program.”  The size of the program is staggering. About “1.5 million part-time and full-time Walmart and Sam’s Club associates in the U.S. can earn college degrees or learn trade skills without the burden of education debt.” The largest employer in the U.S. will allocate about $1 billion over the next five years “in career-driven training and development.”

Investment banking is a highly competitive field. After a public relations fiasco in which 13 young investment bankers complained of being forced to work 100-hour workweeks, Goldman Sachs offered bankers substantial increases in salaries to over $100,000, plus bonuses for first-year associates.

Once the precedent was set, other banks started one-upping each other by giving lavish salary increases, bonuses, days off and Peloton bikes to Gen-Z bankers. Bank Of America, Barclays and other banks offered five-figure raises, time off and other incentives to make the junior bankers happier. Private equity giant Apollo Global Management doled out six-figure retention-type bonuses. In a hot market, Apollo plans to make about $100,000 to $200,000 awards, predicated upon the recipients remaining with the private equity firm for a specified time period.