Commonwealth Bank, ANZ, NAB and Wespac to lift variable mortgage rates by half a percentage point

The CBA was the first of Big Four to pass on rate rise, bringing its standard variable interest rate for owner-occupiers paying principal and interest to 5.8 per cent from July 15.

The equivalent home-loan rate for investors will increase by 50 basis points as well, to 6.38 per cent.

The bank also said it would pass on the full rate rise to bonus interest accounts GoalSaver and Youthsaver and would introduce a term-deposit rate of 2.5 per cent for 15 months.

Just days before Tuesday's rate decision, the Commonwealth Bank had increased its fixed mortgage rates by 1.4 per cent.

From July 15, ANZ will also pass on the rate hike to bonus interest account Progress Saver and ANZ Plus in full, while NAB will hike Reward Saver accounts.

Westpac will bring the interest rate of its bonus savings account Westpac Life to 1.35 per cent from July 22.

Other big banks like Macquarie Bank have passed on the full 50 basis points to home-loan customers as well.

By 5:30pm AEST, the highest one-year term-deposit rate exceeded 3 per cent, with Macquarie offering 3.25 per cent for balances up to $1 million.

The RBA lifted the official cash rate by half a percentage point to 1.35 per cent on Tuesday, the highest since May 2019.

When lenders pass on the 0.5 percentage-point hike, the average owner-occupier with a $500,000 loan and 25 years remaining will see their repayments rise by $137, according to RateCity.

Adding up the May, June and July hikes, the total increase in monthly repayments will be $333.

'Extraordinary support is no longer needed'

The central bank has increased the cash rate for three consecutive months to quell soaring inflation.

RBA governor Philip Lowe said the board was committed to doing what was necessary to ensure inflation in Australia returned to the target band of 2 to 3 per cent.

"Today's increase in interest rates is a further step in the withdrawal of the extraordinary monetary support that was put in place to help insure the Australian economy against the worst possible effects of the pandemic," he said in a statement.

Dr Lowe said the size and timing of future interest rate increases would be guided by the incoming data and the board's assessment of the outlook for inflation and the labour market.

The June quarter Consumer Price Index (CPI), which measures household inflation, is expected to be released on July 27.

The RBA still expects inflation to hit 7 per cent later this year — up from 5.1 per cent currently — but says it will peak later this year and then decline back towards the 2 to 3 per cent range next year.

Federal Treasurer Jim Chalmers has echoed the RBA's forecast on Tuesday and said inflation will "get worse before it gets better".

"The government changed hands at a time of high and rising inflation, skyrocketing interest rates and falling real wages, and we have inherited a trillion dollars in debt which is now more expensive to service," Dr Chalmers said.

The central bank has also flagged further rate rises in the coming months.

NAB and ANZ have both forecast another half-a-percentage-point increase next month.

Meanwhile, the CBA predicted quarter-of-a-percentage-point rises in August, September and November, taking the cash rate to 2.1 per cent by year's end.

The CBA expects the Australian economy to slow down but not stall.

It said the economy was tipped to grow by 3.5 per cent during the 2022 calendar year and then grow a further 2.1 per cent the following year.

Banks urged to pass rate rise on to savers

On the flip side, Mr James said higher interest rates were an advantage for savers.

"It's important to remember that household deposits have risen 28 per cent or $283 billion since COVID hit in February 2022," he said.

However, banks have been slow to fully pass the last two rate rises on to savers as they were trying to widen their profit margins by keeping savings rates on hold.

Treasurer Jim Chalmers said he was concerned that rate rises were not passed on to savers as quickly as rate cuts.

"I think that's the reality, and I think that’s disappointing," he said.

"If people aren't getting the kinds of returns they think they should be getting from their savings, I would also encourage them to shop around and find a bank that is prepared to treat you better.

While some banks have either matched or gone beyond the RBA's rate rises for their savers, customers from the big four banks have yet to see the full increase for their savings accounts from the May and June hikes.

RateCity analysis shows that, on average, the big four banks have increased their ongoing savings rates by 0.46 percentage points over the last two rate rises.

"What the banks decide to pass on and when has been a bit of a dog's breakfast," RateCity research director Sally Tindall said. 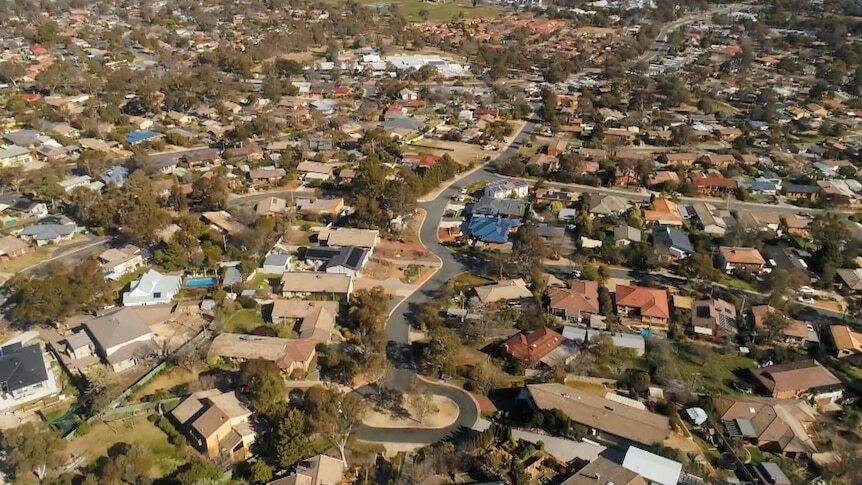 Interest rates have gone up following the new cash rate announcement. So what does that mean for my bank?
The RBA has raised interest rates by 0.5 percentage points, and now it's up to the banks on how they…

ABC News
One subscription that gives you access to news from hundreds of sites
CBA, ANZ raise their interest rate levels

The Reserve Bank of Australia board is expected to lift the official cash rate to 1.35 per cent when it…

Crikey
Interest rate decision: RBA raises cash rate by half a percentage point to 1.35 per cent — as it happened