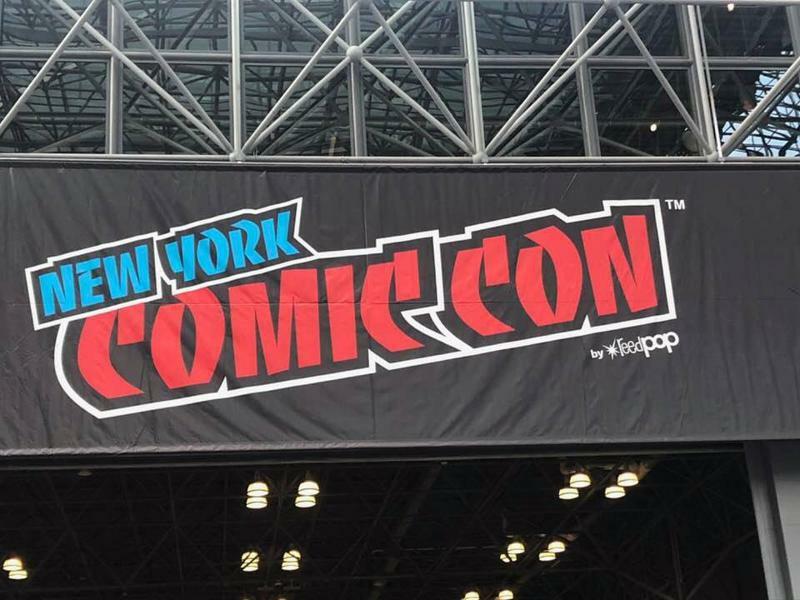 Admittingly, I was apprehensive to attend the annual Comic Con festivities at the Jacob Javits Center in New York City in this era of Covid-19. Normally, the inner geek in me feels right at home within the array of superhero wannabes dressed to the hilt in their favorite comic book (or any other) character garb. So, when I heard you needed proof of vaccination and you had to wear a mask, I decided to take the plunge.

Of course, I wanted to accentuate my superhero t-shirt with a superhero-themed face mask. So, I chose the Batman logo and another with an array of Marvel characters. And away we go!

Full disclosure: I have never been to Comic Con in San Diego, the granddaddy of what is now an active franchise across the country (as well as all the spin-off conferences). But I have been attending Comic Con in New York City annually (excluding last year, of course) for about 15 years, and I do have a sense of what to expect.

If day one is any indication, Comic Con in this era of Covid-19 is a significantly quieter gathering. Many of the panels are virtual (the participating panelists can been seen on a large screen in each conference rooms), the fans can also attend virtually, the merchandise booths on the conference room floor are fewer with considerably more separation, and what was once wall-to-wall people in every given corner paled in comparison. At least on this first day, that is. And, you know what? For me, it was a much better experience.

While the return of Comic Con here in New York City sparked some criticism, let’s face it...life as we know it will likely never be the same. But we must adapt. We must forge ahead. And I commend the forces behind Comic Con for recognizing the risk of doing this live in what still is a health crisis and addressing it appropriately.

Autograph signing (for a hefty fee, no doubt) remains a tradition. Personalities here for the festivities (and the chance to pocket some big bucks) throughout the four-day event include William Shatner and George Takei from Star Trek, wrestler John Cena, Stranger Things star David Harbour, and actor Hayden Christensen.

Panels on the first day included a look at the Archie franchise over the last 80 years, Dragon Ball Super Hero, Understanding LatinX Representation in Pop Culture, and Star Trek.

And, pandemic or no pandemic, no Comic Con is compete without an array of attendees dressed to the hilt. And they were plentiful. Some samples:

With my inherent goal of making it to Sunday (not an easy feat!), three more superhero t-shirts await. And, when all is said and done, my gratitude falls to the behind the scenes folks who set up this Comic Con conference. I think they all did an admirable job trying to keep us safe. And...Bam! Pow! Kerplunk!...it feels so good to be back!