Comedian Micky Bartlett has admitted he thought someone was 'playing a very elaborate prank' on him when word first came through that Hollywood actor and comedian Kevin Hart was performing in Belfast.

Hart has made Northern Ireland his home from home in recent months performing several stand-up shows at Lavery's, The Limelight and Ulster Hall and soon the SSE Arena in Belfast.

And Co Armagh comedian Mickey Bartlett was as surprised as anyone to see him pop up in Northern Ireland, and even getting the chance to perform as support act for a number of his shows.

He told Belfast Live: "It’s just crazy because I genuinely thought someone was playing a really elaborate prank on me until the very second Kevin Hart picked up a microphone in Lavery’s at the first gig. It was kind of a strange situation, it’s exciting.

"It’s such a great thing for comedy in Northern Ireland, everyone has been working so hard to get a good scene going and I think to have someone that big come over here and become a part of it for a short time, I would say it’s an honour and a privilege."

With the pandemic hitting those in the entertainment industry pretty hard, the Lurgan man also reflected on the shocking moment he went from having a full year of gigs scheduled to having nothing, in a matter of minutes.

He said: "I started doing a podcast called Deckchair and Yumz with Conor Keys and we had just sort of started it before the pandemic hit, that sort of kept us busy just having something to put out. Then we got support off that so that helped pay some bills.

"So it was a proper sort of, like Wall Street in 1929, everything just went at once. It was just a complete and utter shock, I had put my phone on airplane mode so no one could call me during the podcast and then turned it back on in the car and it was like, cancelled, cancelled, cancelled.

"Then on top of that I had just finished a tour of Northern Ireland and I couldn’t get the money for it because no-one could go into the office to pay the money out so I was literally sitting with like a fiver left in my overdraft, going what the f**k am I going to do?"

"And because I’ve been doing stand-up for so long I’ve literally got no other skills so I couldn’t do anything else," he laughed.

When it came to career choices at school, the 35-year-old said he always had his mind made up on working in comedy.

"It was something I wanted to do from I was a kid, to be honest. I can remember when it came to the birds and the bees lesson in school, so I was about 12 or 13 and I remember already having ideas of being a comedian and when we were given that lesson I was thinking, ‘this is definitely going into the standup routine’, so it just took another ten years!

"I wish of had of knew I wanted to be an accountant or a solicitor because I’ve been broke for the last ten years!" he added.

It takes a special kind of nerve to perform stand-up comedy and cope with the heckles that inevitably come from the audience, but it's something Micky admits he has learned to deal with.

"I think heckling is part and parcel of being a stand-up and sometimes you might get a heckle that’s actually quite good, but it never helps the show. You’re never at a point where you’re like, 'oh thank God you chimed in because I haven’t spent weeks on this material’, 'oh praise the Lord some drunk guy from Portadown has chimed in'.

"I kind of try to be witty and things like that, I’m like you’ve got two goes and if you heckle again then I’m taking the safety off. You could be sitting beside someone who has paid for a babysitter or a hotel room and this is maybe their only night out in months and someone has had one extra pint and they decide they’re going to take over the show.

"So I suppose the short answer is, I f**king hate them,” he laughed.

You can find out all of Micky's latest tour dates on his Facebook page and listen to the Podcast HERE.

To get the latest lifestyle and entertainment straight to your inbox, sign up to our free newsletter. 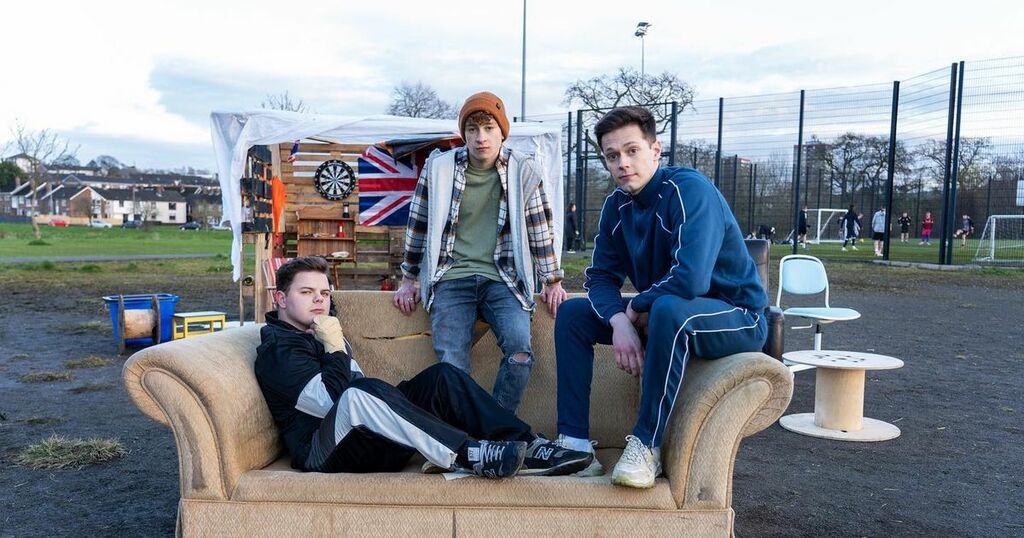 Belfast Live
One subscription that gives you access to news from hundreds of sites
Micky Flanagan to quit London life to move to £1.5million country home in Hampshire