‘Come And Arrest Me’: Elderly Man Charged With Allegedly Threatening To Kill Trump 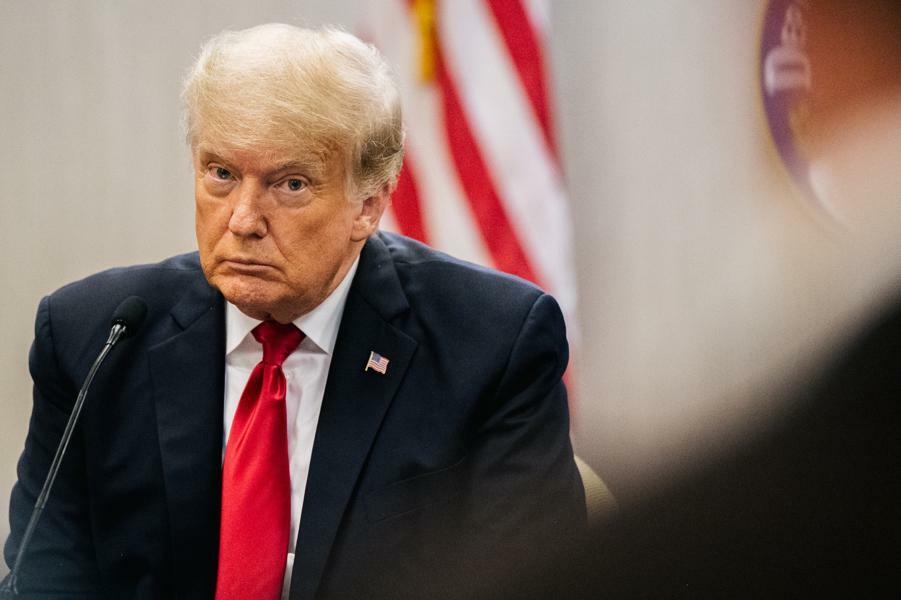 A 72-year-old New York man has been arrested and charged with allegedly threatening to kill former President Donald Trump, after authorities say he repeatedly made threats against the former president and also expressed support for murdering his supporters in Congress.

Thomas Welnicki, of Rockaway Beach, New York, “knowingly and willfully threatened to kill, kidnap and inflict bodily harm upon a former president,” according to a criminal complaint unsealed Monday.

According to the complaint, Welnicki made a series of threats between July 2020 and November 2021, in which he threatened to kill Trump and 12 members of Congress in order to “stand up to fascism.”

He also at least once referred to Trump as “Hitler” and said he intended to do “everything I can” to make sure Trump was killed.

Deirdre von Dornum, the top attorney at the federal defender's office in Brooklyn, told Reuters Welnicki “intended no harm” and “was expressing how distraught he was at what he saw as the threats to our democracy posed by former President Trump.”

According to a court filing, Welnicki told U.S. Capitol Police during a “voluntary interview” in July 2020 he wished for Trump's death and would “acquire weapons” if Trump lost the 2020 presidential election and refused to leave office, saying, “I don’t want to hurt anyone, but I will stand up to fascism.” He then allegedly contacted the Long Island Secret Service office on January 4, 2021, leaving voicemail messages wherein he threatened to kill Trump and 12 unnamed members of Congress who supported the defeated ex-president. Welnicki made more calls to Secret Service offices in September and November 2021 threatening Trump, according to the court filing. During one call Welnicki allegedly referred to Trump as “Hitler,” while also making a bizarre claim that there was a “contract out to kill [Individual-1]

Welnicki openly admitted to law enforcement that he made the threats, according to the court filing, and identified himself by name when he called Secret Service offices. During the January 4, 2021, call, Welnicki allegedly said: “Oh, yeah, that’s a threat—come and arrest me.”

Trump reportedly received several threats every day while he was president, and arrests have been made in the past for threatening comments. In 2020, a Pennsylvania man was sentenced to 20 years in prison for saying he would “put a bullet” in Trump.