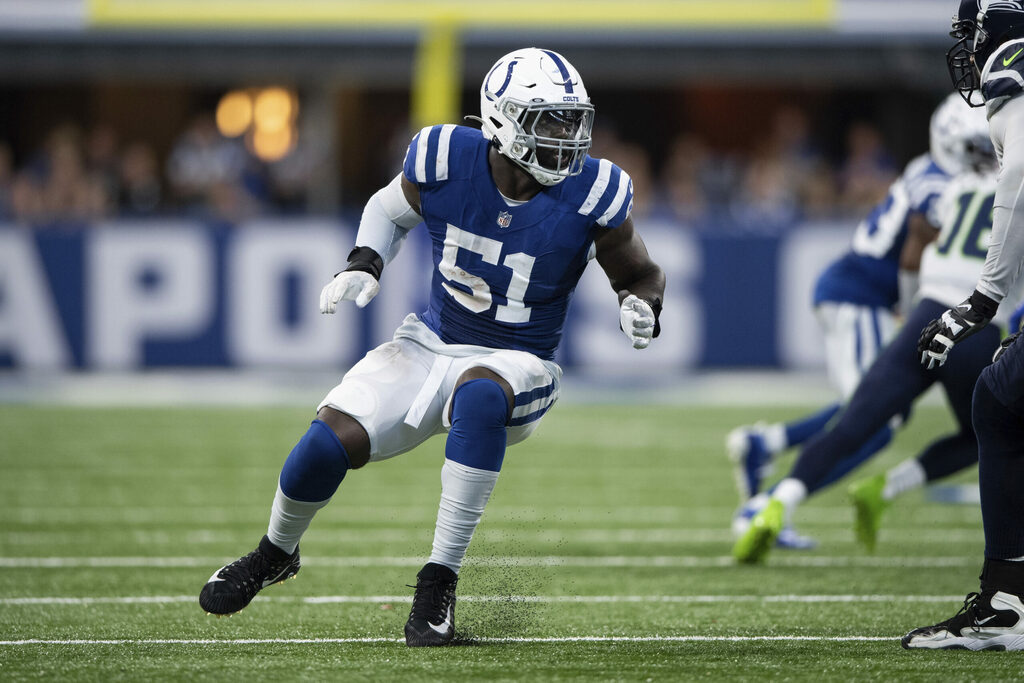 Though there were few bright spots to find during the Week 1 loss to the Seattle Seahawks, there was one that came in the form of Indianapolis Colts rookie defensive end Kwity Paye.

The No. 21 overall pick from the 2021 NFL draft got the first start of his career and didn’t disappoint. He didn’t record a sack, but his performance was strong enough to land him on the list of top rookies in Week 1 according to Pro Football Focus.

5. EDGE KWITY PAYE, INDIANAPOLIS COLTS — 77.7
Paye was the toast of the preseason on the defensive side of the ball, and that continued into Week 1. His elite combination of power and twitchiness was a weapon already for the Colts defensive line on slants and stunts. The rookie out of Michigan finished the day with two pressures and a stop in the run game.

Paye was also the highest-graded player for the Colts in the Week 1 loss, which bodes well for what they might get down the road as he gets more comfortable in the NFL.

We got another indicator of just how bad this defense can be when the front seven isn’t getting pressure. As the defensive line got bullied for the majority of the opener, Seahawks quarterback Russell Wilson carved up the secondary with ease.

The Colts will need Paye to continue progressing when the Los Angeles Rams come to town in Week 2, but the rookie gave an encouraging debut nonetheless.