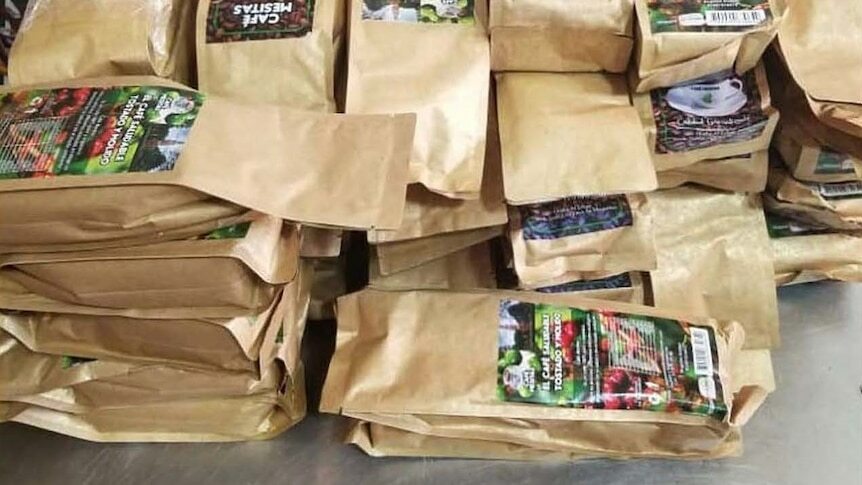 Federal police have charged a Spanish national with attempting to smuggle 35 kilograms of cocaine into New South Wales from Colombia.

The cardboard box labelled "roasted coffee" allegedly contained 67 bags of coffee with a powdered substance inside.

"The substance returned a positive result for cocaine, weighed a total of approximately 35.6kg, and was seized by Colombian authorities," an Australian Federal Police (AFP) spokesperson said.

"The AFP investigation into the attempted importation, known as Operation Specs, revealed the alleged involvement of a Spanish national residing in the Wollongong suburb of Port Kembla."

The man was arrested on Wednesday after officers searched his home.

Mr Diaz Hernandez was charged with importing a border-controlled drug, dealing with property suspected of being the proceeds of crime, and trafficking.

The matter was first mentioned before Wollongong Local Court on Thursday.

Mr Diaz Hernandez did not apply for bail, which was formally refused.

He is due to face court again in November.

Importing commercial quantities of a border-controlled drug can attract a maximum sentence of life in prison.

The AFP said it had not ruled out the possibility of making further arrests into the alleged attempted importation of cocaine.

Anybody with information about the supply and distribution of illicit drugs in the Wollongong area is being urged to contact police.