Colombia's new president was once part of a guerrilla group with a wild history. Now he promises social change

He's the first progressive to do so in the country's history, marking a drastic shift in Colombia's political game.

However, long before Mr Petro had a career in politics, he was once part of the M-19 guerrilla rebel group.

From kidnappings to elusive conspiracy theories around Pablo Escobar, the group often used violence to seize power over the country.

If you're a fan of the American crime drama Narcos — which delves into the world of drugs and Colombian politics in the 1980s and 90s — then their name might sound familiar.

But what do we actually know about the lucrative group?

Here's a deep dive into their colourful history.

Between sword stealing and drug cartels, the dark history of the M-19 rebel group is as colourful as the Narcos series, but the fictional depiction is not always as accurate.

The group formed in response to unhappiness over under-represented groups in the county's 1970 election.

They were also known as the 19th of April Movement (Movimiento 19 de Abril), named for the date that the group asserted the1970 election was "stolen" from former dictator Gustavo Rojas Pinilla, according to Encyclopedia Britannica.

In 1980, M-19 stormed the embassy of the Dominican Republic in Bogota and took 52 hostages, including 15 ambassadors.

In 1985, they stormed Bogota's Palace of Justice, leading to the deaths of more than 100 people, including nearly half of the country’s Supreme Court justices.

Members of the group took over the palace and held the Supreme Court hostage, intending to hold a trial against then-president Belisario Betancur.

Supreme Court President Alfonso Reyes Echandia, who died in the siege, pleaded in telephone calls to a Bogota radio station for a ceasefire and dialogue with the rebels.

Mr Betancur refused to call off the siege.

But it was when the group stole a sword — that belonged to South America's revered liberator Simon Bolivar — that they launched to national attention.

Stealing the infamous sword of Bolivar

The sword of Simon Bolivar was used in Colombia's battle for independence from Spain.

Bolivar — who freed much of South America from Spanish rule — died in Colombia in 1830.

M-19 stole the sword  in 1974 from Bolivar House, the patriot's former residence in Bogota.

They promised to return it by December 18, 1990, the 160th anniversary of Bolivar's death.

But the group found itself at the centre of a political storm when it was unable to keep its pledge.

The sword was also rumoured to have passed into the hands of infamous drug trafficker Pablo Escobar, in return for favours granted to the M-19.

That group demobilised in 1990 after a peace deal with the government.

In that same year, the sword was eventually returned to its home in a ceremony led by the members of the rebel group, according to The Associated Press.

"It has crossed mountains, been hidden in the homes of patriots, and crossed borders," M-19 leader Antonio Navarro Wolff said on the day it was returned.

But the mystery surrounding the sword remained.

Some have even claimed it had been given to Fidel Castro for safekeeping while others said it was in the custody of a cabal of fewer than a dozen men called the Guardians of the Sword.

Gustavo Petro's past with M-19

Mr Petro said his political awakening came when he watched his father weep over the death of Argentinian revolutionary Ernesto "Che" Guevara.

The 62-year-old senator and former Bogota mayor also credits the 1973 military coup that ended the rule of Chile's socialist President Salvador Allende as a reason to enter politics.

At the time, Colombia was descending into violence.

Mr Petro — the son of a teacher — pledged to fight the "feudal" oligarchy enriching itself at the expense of Colombia's poor, he said.

Although never a combatant, Mr Petro's years in the M-19 rebel group have created fuel for critics.

He was arrested for weapons possession and served 18 months in prison, where he has said he was tortured.

Mr Petro's win is said to mark a drastic change in presidential politics for Colombia, which has long marginalised the left for its perceived association with armed conflict.

This campaign was Mr Petro's third presidential bid and his win comes amid widespread discontent over inequality, inflation and violence in the country.

Those factors led voters in the election's first round last month to turn their backs on the long-governing centrist and right-leaning politicians and chose two outsiders.

In historically conservative Colombia, Mr Petro's proposals — especially a ban on new oil projects — have startled some investors, as oil accounts for nearly half of exports and close to 10 per cent of national income.

Mr Petro will take office at a time when Colombia is struggling with low credit ratings, a large trade deficit and national debt, which is predicted by the end the year to be at 56.5 per cent of GDP. 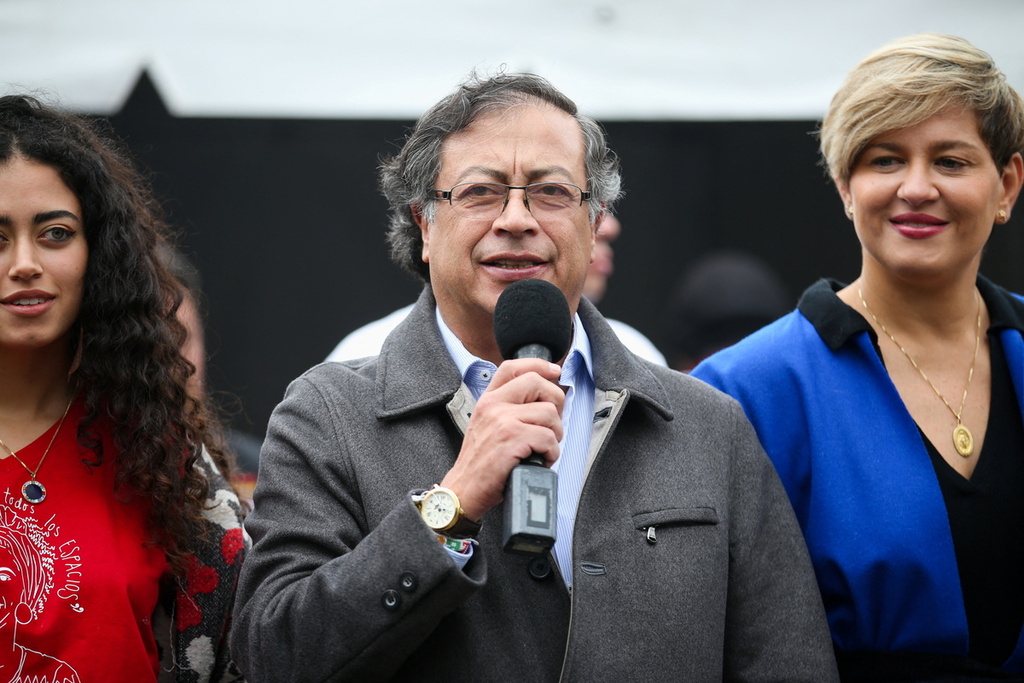 Reuters
From analysis to the latest developments in health, read the most diverse news in one place.
Colombia's new leftist president Petro promises to fight inequality

The third time was the charm for Gustavo Petro, the leftist firebrand, former guerrilla and newly elected Colombian president who…