The Collingwood Magpies have dished out a 71-67 defeat to the Queensland Firebirds in Hobart, as the race for Super Netball finals berths heats up.

In Sunday's later game, the NSW Swifts kept their play-offs hopes alive in a 54-40 win over the Adelaide Thunderbirds at Sydney's Ken Rosewall Arena.

The Firebirds stay in third place on the ladder, but they are one of four teams — including the Magpies and Swifts — on 16 points.

Firebirds star Gretel Bueta fought back in the second half of her 100th national league game but it was not enough to prevent the Magpies seizing a major scalp and joining the Queenslanders in finals contention on four wins from 10 matches.

The sixth-placed Magpies almost squandered a 14-goal second-half advantage when the Firebirds chased hard in the closing minutes.

After being dominated early by Jodi-Ann Ward, Bueta found her range and benefited from some brave and accurate feeds from her mid-court.

The great escape was on target when they trailed by just two, but a desperate possession gain from Magpies centre Molly Jovic helped her team steady.

Ward laid the platform with her pressure on Bueta, Shimona Nelson shot 65 goals from 66 attempts and Kelsey Browne (34 feeds) was too quick and decisive for the Firebirds.

Swifts too strong for Thunderbirds

Sarah Klau planted a marker for Commonwealth Games selection with a match-winning performance in the Swifts' victory over the Thunderbirds.

Klau has served as an understudy to Diamonds goalkeeper Courtney Bruce for the past few years.

Bruce will now be looking over her shoulder at the former South Australian, who stood over Thunderbirds shooters Lenize Potgieter and Tippah Dwan.

That she managed seven intercepts and seven deflections while only conceding five penalties would have commanded attention from Diamonds coach Stacey Marinkovich.

Swifts co-captain Maddy Proud had another mighty performance at centre, while teenager Sophie Fawns (17 points) was a livewire off the bench in support of Helen Housby (29 goals, one super shot).

Centre Tayla Williams enjoyed her best game for the Thunderbirds, who were too wasteful with the ball to be a genuine threat. 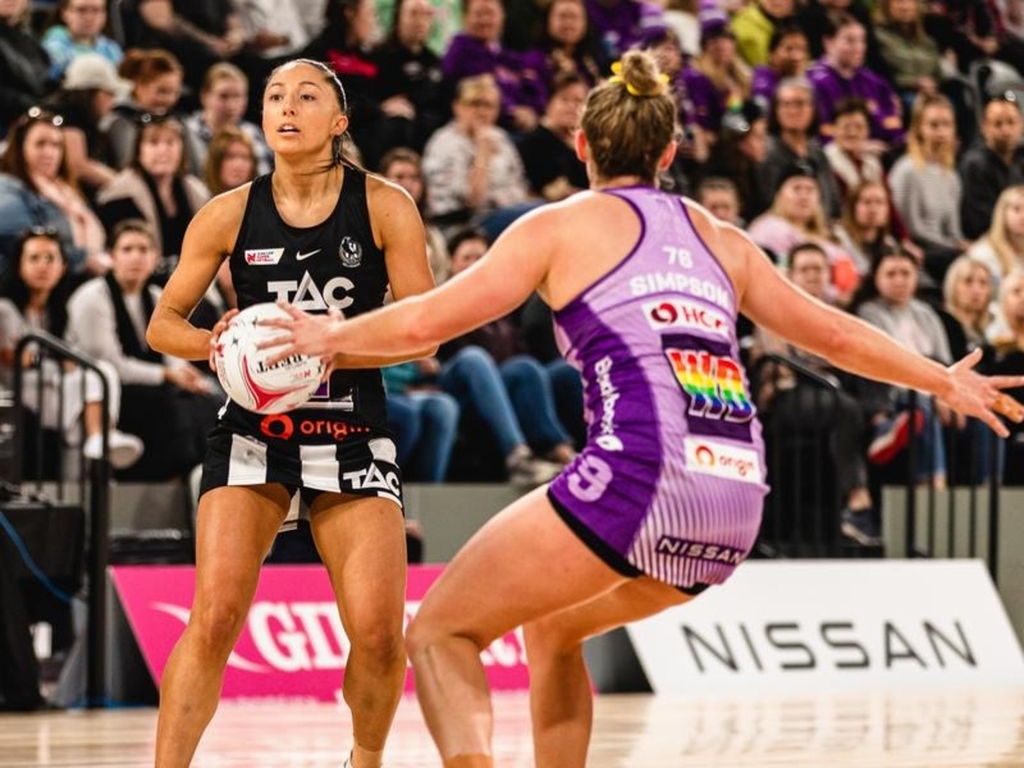 The NSW Swifts have kept their Super Netball finals hopes alive in a 54-40 win over the Adelaide Thunderbirds.

After the ladder-leading Fever dispensed of the Lightning 74-65, the Vixens needed extra time to get past the tenacious Giants…