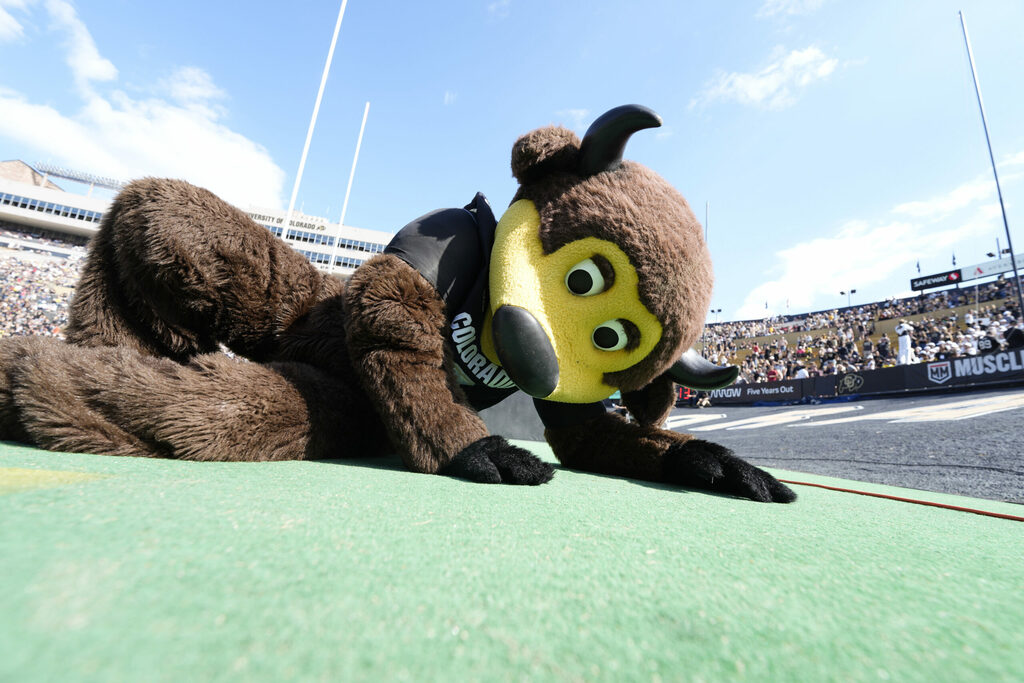 As always, the Watch Grid sorts your Saturday into three watchability columns. And as always, watchability is not strictly about game quality, team quality or quality of any kind. These things matter, though, I guess.

After one of the wildest Saturdays in a while, this weekend sets up as more of a chill good time. Bye weeks are afoot, including breaks for seven ranked teams and three top-10 teams. But there’s no such thing as a boring college football Saturday.

Oh, congratulations to Louisiana for winning on Tuesday night. We’re now into the part of the season when things happen before Thursdays.

The most obvious potential excitement would be Clemson struggling many miles from home against a Syracuse team that’s 5-1 against the spread. Also, I think Navy might be becoming quietly dangerous. Like a submarine. 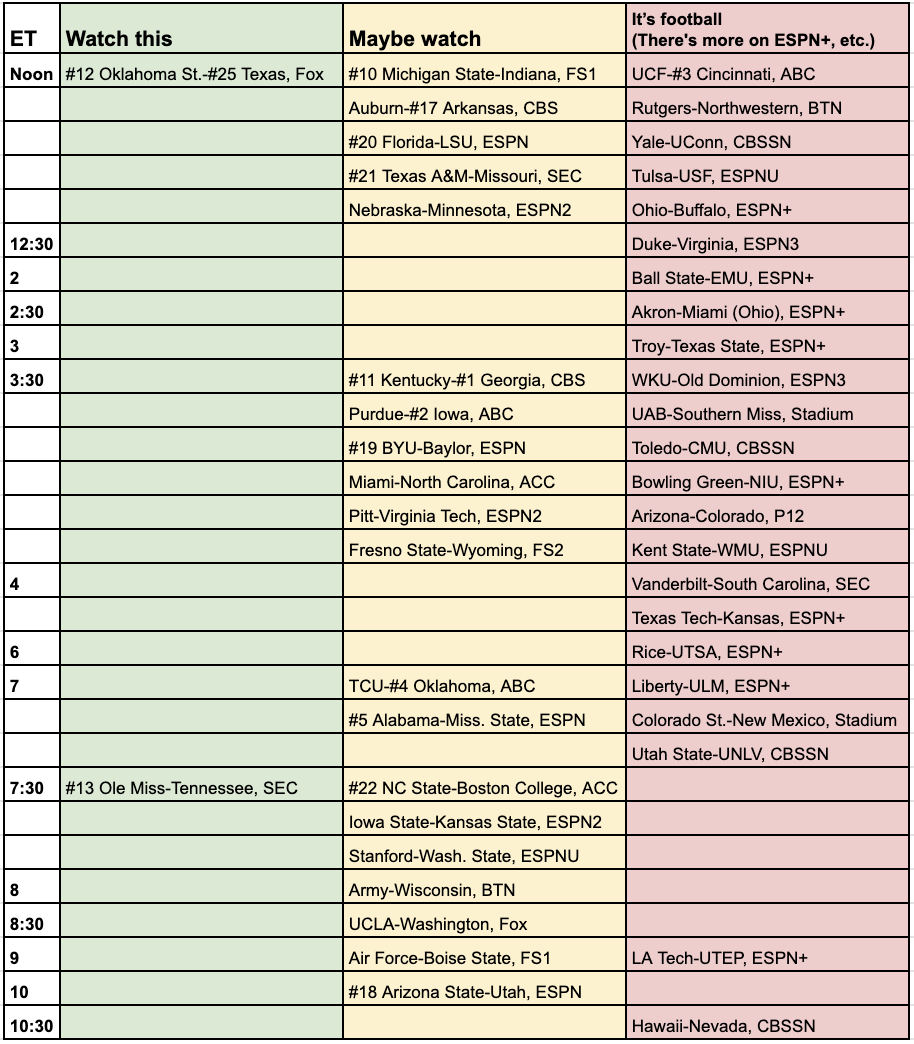 Stream live college football games every week this season from conferences across the country on ESPN+.

SICKOS GAME OF THE WEEK

This is UConn’s last good chance all season to win their first game since October 2019 (they wisely took 2020 off). Yale isn’t an excellent FCS team, but if you can lose to Holy Cross (as UConn did), you can lose to Yale.

But something even sicker is taking place in the Pac-12. Arizona is the rare power-conference team with a legit claim to rank as the worst team in FBS, boasting a winless record, a loss to 2-3 FCS Northern Arizona, a blowout loss to the Mountain West’s San Diego State, and a No. 117 ranking in the computer composite, as well as a UConn-like lack of wins since October 2019.  The only “powers” who can compete with this résumé are Kansas (which has won a game), Vanderbilt (won two games, though one was UConn), Cal (won a game and nearly two or three more), and … Colorado (which, um, nearly beat the team that just beat Alabama).

Your sickos game of the week is Arizona at Colorado. If Arizona loses, Jedd Fisch’s Wildcats could be on pace to accomplish something special. It’s simply hard to go winless as a power-conference team, let alone to do it through two full seasons’ worth of games across three years. But let’s not get ahead of ourselves, because an Arizona win would sully Colorado enough to mean 16 percent of the Pac-12 resides in the bottom, say, 16 percent of FBS. [Tries to get THE ALLIANCE chant going.]

Here are the advanced stats provided by @statsowar for the Sickos Game of The Week for Week 7 between Arizona and Colorado. pic.twitter.com/FfvJOdsEsd

The actual most important game of the week

All the top teams project to win pretty comfortably. I can’t crown Kentucky-Georgia as super important until UK does something wild like score multiple touchdowns against the Dawgs. Both teams have the same idea, running the ball and playing defense, but that’s kinda like saying Squirtle and Gigantamax Blastoise both shoot water.

There’s a chance Michigan State-Indiana could start thinning down the Big Ten’s records, which are partially inflated by none of the East’s best teams playing each other yet.

But I guess it’s probably Oklahoma State-Texas, which could either establish an iffy OSU as a legit unbeaten contender for the Big 12 title or keep Texas bobbing around the rankings indefinitely, as usual.

We recommend interesting sports viewing/streaming and betting opportunities. If you sign up for a service by clicking one of the links, we may earn a referral fee. Newsrooms are independent of this relationship and there is no influence on news coverage.