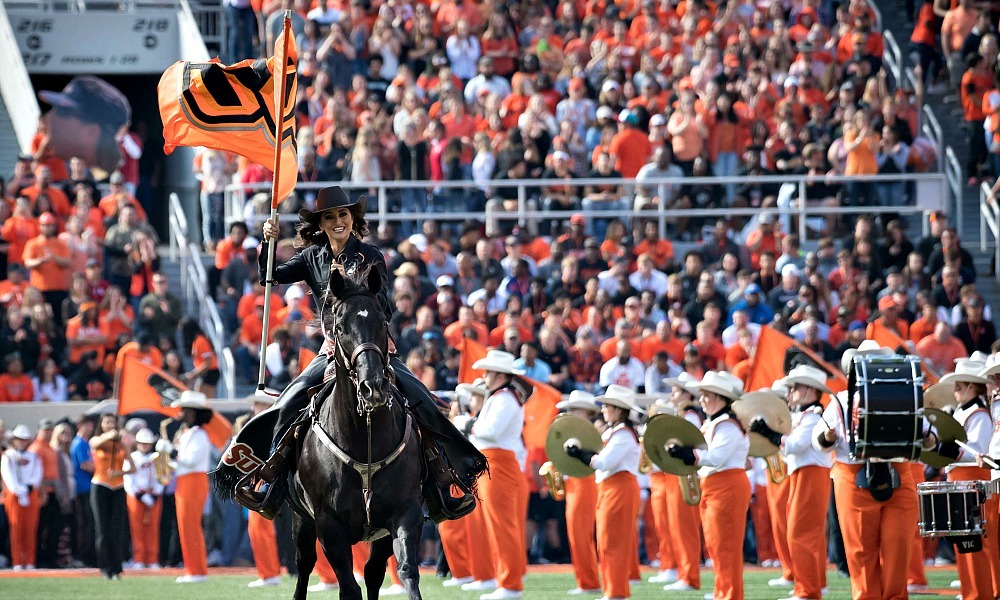 Sorry if this take sucks, it’s not my fault …

It had to go on the road to play Utah and Ohio State last week. It’s not like it had to play SMU – aka the second-coming of 1995 Nebraska.

There you go, everyone. Cincinnati is in the top four …

I think … SMU is just whatever.

I know … Cincinnati is getting a TON of love for that win over a meh team.

I believe … too many people care about records and not the teams themselves.

I think … Cincinnati will end up in the College Football Playoff.

I know … it’s not going to be because of anything funky, if it gets in.

I believe … the College Football Playoff committee won’t put in a two-loss Alabama over Cincinnati. At least …

I think … the College Football Playoff committee won’t put in a two-loss Alabama over Cincinnati.

I know … the committee LOVES itself some Alabama.

I believe … this will be an interesting debate if it comes down to two-loss Alabama vs unbeaten Cincinnati for the last spot.

I think … Cincinnati loses to either East Carolina or Houston.

I know … those are the two most dangerous games Cincinnati will play other than the win over Notre Dame.

I believe … if Cincinnati wallops ECU and Houston, it’s in without much of a debate. However …

I think … schedule is going to factor into the final College Football Playoff rankings.

I know … the committee is ALL about the Power Five conference championships.

I believe … this isn’t as easy as you might think.

I think … too many analysts are treating the latest round of rankings like they are set in stone.

I know … EVERYTHING the committee does up until the final rankings don’t matter.

I believe … they’re simply a snapshot of the moment. The final rankings take into account the most important games of the year – the Power Five conference championships. Which is why …

I think … Houston could become a factor.

I know … the College Football Playoff committee – when it comes to the final rankings – takes the entire season into account, and Texas Tech’s win over Houston to start the season could become more prominent, because …

I believe … it’s a problem for Cincinnati if it struggles with the Cougars in the American Athletic Conference Championship, because …

I think … Oklahoma State just pitched a perfect game against the Red Raiders.

I know … it’s not the same Texas Tech team in a whole lot of ways than the one that showed up to start the season.

I believe … the committee is more torn overall on Cincinnati than you think.

I think … Notre Dame is in a weird spot – and no, not South Bend.

I know … it can’t get past the hard ceiling of unbeaten Cincinnati.

I believe … Notre Dame needs Cincinnati to lose one of these last two games, and then it’s right there in the mix for the top four.

I think … the College Football Playoff committee isn’t taking an 11-1 Notre Dame over a 12-1 Big 12 Champion.

I know … Notre Dame has a real shot to get in if Georgia blows out Alabama.

I believe … Notre Dame should be ranked ahead of Michigan and will be after this weekend, but it needs to draw an inside straight to get in. (BTW, I think I don’t know that I believe what that poker term actually means.)

I think … y’all are missing one key self-fulfilling aspect of the College Football Playoff rankings.

I believe … if there’s a 12-1 Big 12 champion Oklahoma or Oklahoma State, it’ll technically have two wins currently left unaccounted for against current top ten teams. SO, technically, no one has a tougher final two game schedule right now than a 12-1 Big 12 Champion.

I think … the Rose Bowl race becomes interesting if Ohio State wins out.

I know … if Michigan keeps this reasonably close against the Buckeyes, it’ll get the nod to Pasadena unless …

I believe … Michigan State will go to the Rose Bowl if it annihilates Penn State, because the committee would put Spartans up over the Wolverines in the final rankings.

I think … San Diego State isn’t all that great.

I believe … 10-1 San Diego State should – technically – be above the Utes.

I think … it’s going Alabama isn’t in this as much as everyone thinks it is – if it loses to Georgia.

I know … Georgia, Alabama, Ohio State, and Michigan are the only four teams that truly control their own destiny.

I know … I believe it’s all going to be okay.

I believe … I think it’s all going to be okay.