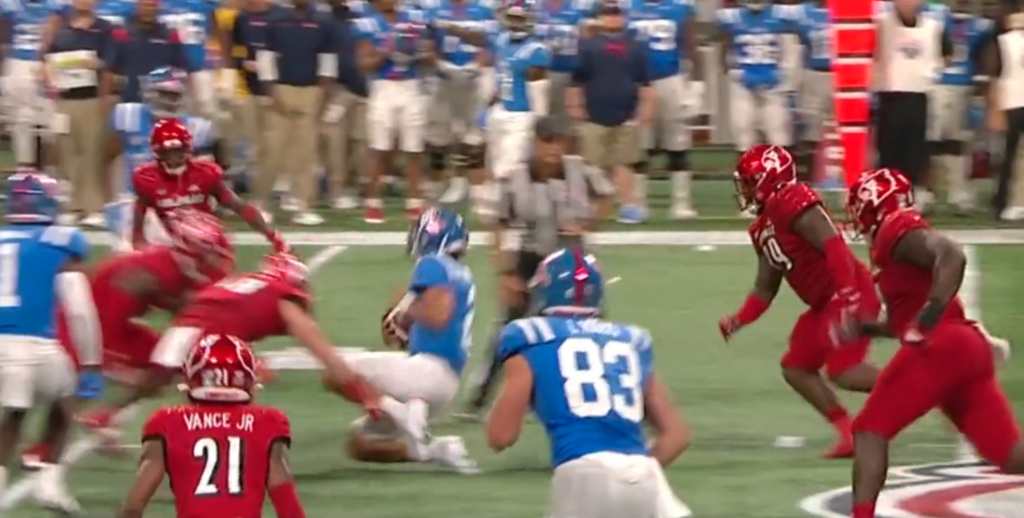 On Monday, we almost got to see our first double targeting call in the second quarter of the Louisville and Ole Miss game after this punishing hit. With Rebels quarterback Matt Corral on the run after picking up yardage on fourth down, he was taken down by two Cardinals players while in the middle of his slide.

Thankfully, Corral was okay after getting hit in the head by two players — and ran for a touchdown a few plays later, too — but it was still quite a dangerous play nonetheless.

If there was ever gonna be a double targeting call, Louisville just committed it 😦 pic.twitter.com/iZQqeO5F3c

After the officials came together to review the play, only one of the two players — Monty Montgomery — was ejected for the hit.

College football fans, however, believed this brutal hit should have been given the rare double targeting call after all was said and done.