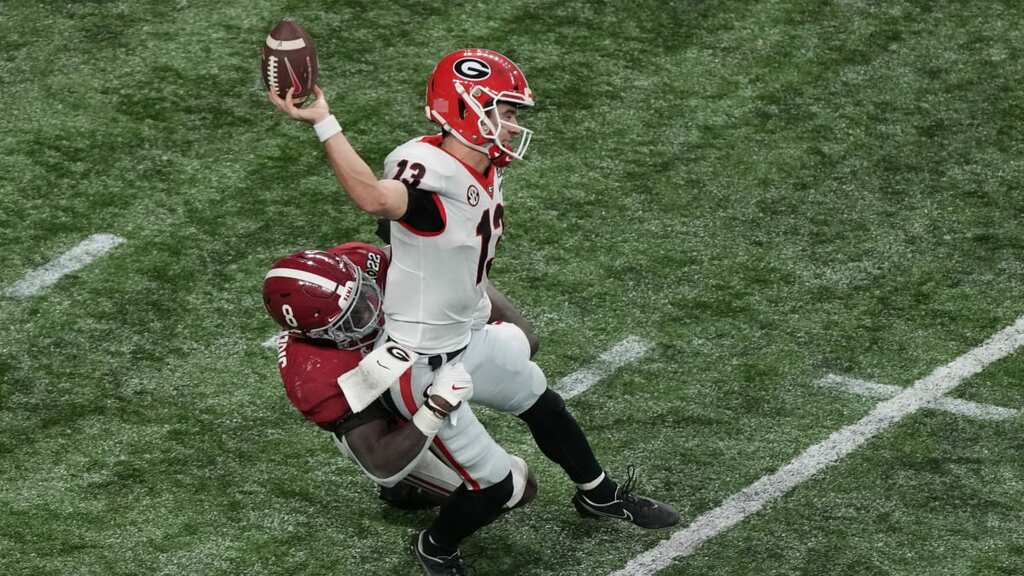 Earlier in Monday's national championship between Alabama and Georgia, a potential scoop and score for the Bulldogs was reversed and deemed an incomplete pass by Bryce Young. Fast forward to the fourth quarter, and the Crimson Tide benefited from a similar play, this time off the hand of Stetson Bennett IV.

Facing pressure from the Alabama defense, Bennett tried to throw the ball away. Instead, the ball began to roll before his forward passing motion. It just about reached the sideline, but Crimson Tide defender Brian Branch casually snagged it, as his toe was either right on or just shy of the line. The play wound up having two huge judgment calls: did Bennett throw or fumble the ball, and did Branch stay in-bounds? Ultimately the ACC referee crew made both calls in favor of the Crimson Tide.

Both parts of the call were about as close as it gets, so naturally Twitter is exploding in disagreement.

Thanks to Bennett's fourth quarter heroics, the controversial play did not ultimately decide the game.