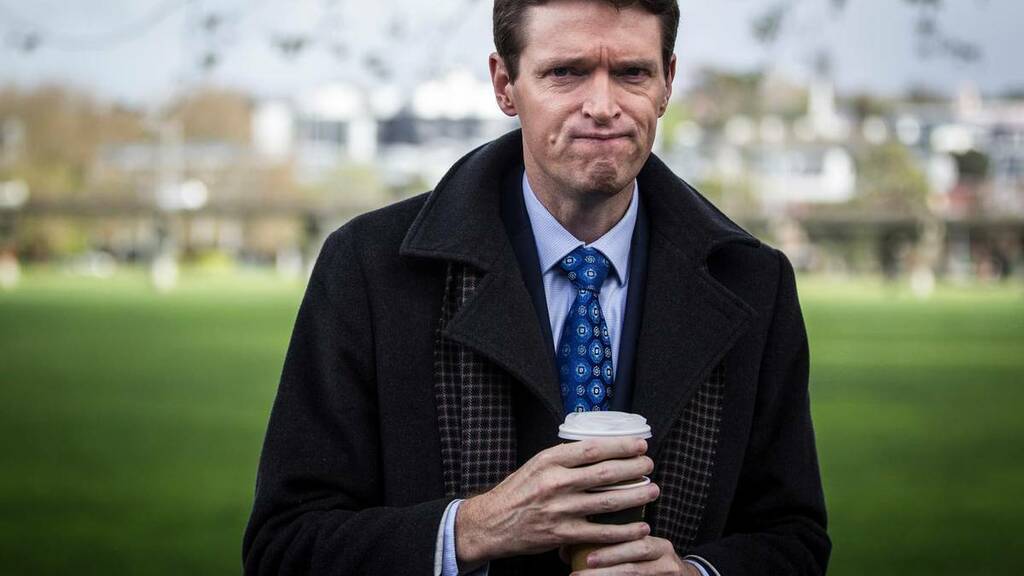 Former Conservative Party leader Colin Craig has been denied a Supreme Court appeal as he sought to challenge a court ruling he sexually harassed his press secretary.

It has been welcomed by Rachel MacGregor's legal team as the end of a "very long, protracted, painful saga" and Craig's legal pursuit of his former staffer.

The case was one of several defamation proceedings to emerge in the fall-out of what judges have described as the "implosion" of the Conservative Party after the 2014 general election and "the political rise and fall of Mr Colin Craig".

Craig was the leader of the party and MacGregor, a former TVNZ reporter, was his press secretary at the time.

However, MacGregor resigned suddenly from her position two days before the election and filed a claim of sexual harassment against Craig, which was ultimately settled but later publicly disclosed.

But the Supreme Court's decision today to not allow Craig an appeal of a Court of Appeal decision - which followed a High Court ruling - from earlier this year was met with anxiety by MacGregor.

"I still feel apprehensive as there's another ruling to come out, which he'll likely appeal again," she said on Twitter. "I'm deeply concerned the system still allows people with money to use it in this way. The fact this has dragged on and on and on has profoundly impacted my life."

A decision on damages is still yet to made by the courts.

MacGregor's lawyer Hayden Wilson, however, said she was hugely relieved because the ruling "means the end of the road" for Craig's legal pursuit of her.

"This has been a very long, protracted and painful saga," Wilson said, who represented MacGregor alongside fellow lawyer Linda Clark.

"Mr Craig argued there were special elements of public importance to the lower court's decision that meant it was in the public interest for the Supreme Court to allow his appeal.

"But the Supreme Court has found Mr Craig raised no issues of general or public importance and what he was really trying to do was to have another court look once again at the facts of the case. Those facts are not in dispute and now – at last – a line is drawn under that issue."

Craig, who founded the Conservative Party in 2011, told the Herald he was "very disappointed" in the Supreme Court's ruling.

"I would have liked the upper court to have corrected the lower court," he said. "I think it was very weak of the Supreme Court not to go there. If they're not going to hold the Court of Appeal to account then no one else is."

Craig, who has always rejected the claims he sexually harassed MacGregor, has earlier said a return to politics may yet still be in his future.

"That's definitely a door that's still open to me."

In 2015, several public allegations were made against Craig, including that he had sexually harassed MacGregor.

Craig responded by holding a now-infamous press conference with his wife and published a booklet titled Dirty Politics and Hidden Agendas. The booklet was then distributed to 1.6 million Kiwi households.

Included in it was an interview with Mr X, a foulmouthed whistleblower who said Craig was "freakish under pressure". However, it was later revealed Craig was in-fact Mr X and had fabricated the interview.

In the pamphlets, which cost Craig more than $250,000, a so-called trio of "schemers" were targeted, whom Craig believed had plotted against him in a calculated and ruthless character assassination. The three men were ex-Conservative Party board member John Stringer, New Zealand Taxpayers' Union founder Jordan Williams and former Whale Oil blogger Cameron Slater.

Craig, who finished third in the 2010 Auckland mayoral election, has been engaged in lengthy legal proceedings with the trio. His defamation case with Stringer remains before the courts and a trial is due to be held in March next year.

After a 2018 trial, Justice Anne Hinton became the second judge to formally rule Craig had sexually harassed MacGregor. Justice Kit Toogood had earlier made a similar ruling in the case between Craig and Slater that MacGregor had been sexually harassed "on multiple occasions from early 2012 to 2014".

Justice Hinton also said Craig, who represented himself in court as he often has, and MacGregor had defamed each other with their public comments.

Craig, who withdrew his claim for damages against MacGregor during the trial, later challenged Justice Hinton's decision at the Court of Appeal, which released its judgment, dismissing the appeal, in May.

The millionaire property developer then sought a final appeal to the country's top court to overturn the ruling.

However, today, the Supreme Court said no.

"The proposed appeal raises no issue of general or public importance. Nor, given the factual findings made in both Courts, do we see any appearance of a miscarriage of justice," the court's judgment reads.

It also ordered Craig to pay MacGregor costs of $2500.

Craig's defamation cases, largely over the same allegations involving MacGregor, have largely now all been resolved.

The Craig and Slater case ended with the former politician being awarded $325,000 in damages for being defamed by the bankrupt blogger in January.

After a four-week trial against Craig in 2016, a jury awarded Williams $1.27 million, the highest amount for defamation damages in New Zealand's legal history.

Following a series of appeals, however, the Supreme Court later ordered a retrial in the case before Williams admitted making false allegations and unreservedly apologised to Craig and his family in December 2019. He also made an undisclosed payment - ending his proceedings with Craig.

A confidential settlement between Craig and MacGregor had also been reached in May 2015. But Craig was later ordered to pay MacGregor more than $120,000 by the Human Rights Review Tribunal after it ruled he breached the agreement in media interviews.