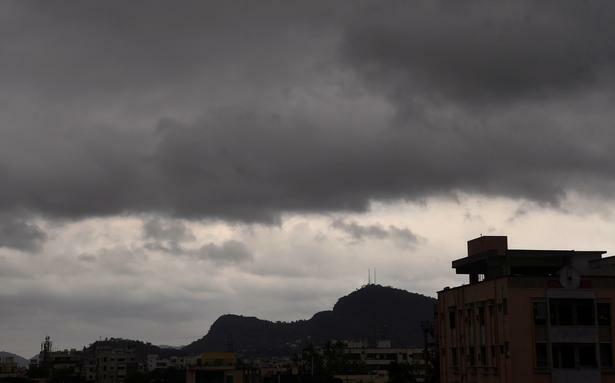 Across Karnataka, most districts see drop in temperature

Livemint
One subscription that gives you access to news from hundreds of sites
Andhra Pradesh: Asani weakens into well marked low pressure

Coldest May day in 10 years: Temperatures drop below 25 degrees in this city

On May 11, the minimum temperature was 19.5°C and the maximum temperature hovered around 24°C. The India Meteorological Department (IMD) confirmed that it was the coldest May day since 2012. It further said, the temperatures dropped due to the cyclone which made landfall on the Andhra Pradesh coast.

The coldest day in May in recent history in Bengaluru was on May 14, 1972 when the highest temperature recorded was 22.2°C.

Meanwhile, cyclone Asani, which had turned into a deep depression over coastal Andhra Pradesh, has further weakened to a depression, the IMD said on Thursday, forecasting light to moderate rain in some districts of Odisha and West Bengal.

The weather system remained practically stationary during the last six hours and weakened to a depression, and is likely to turn into a well-marked low pressure area during the next 12 hours, it said in a bulletin.

Isolated places in coastal Andhra Pradesh could receive heavy rainfall during the next 24 hours, the weather office said.

It has forecast light to moderate rain or thundershower in some areas of Odisha from 8.30 am on Thursday to 8.30 am on Friday.

Across Karnataka, most districts see drop in temperature

Livemint
One subscription that gives you access to news from hundreds of sites
Andhra Pradesh: Asani weakens into well marked low pressure